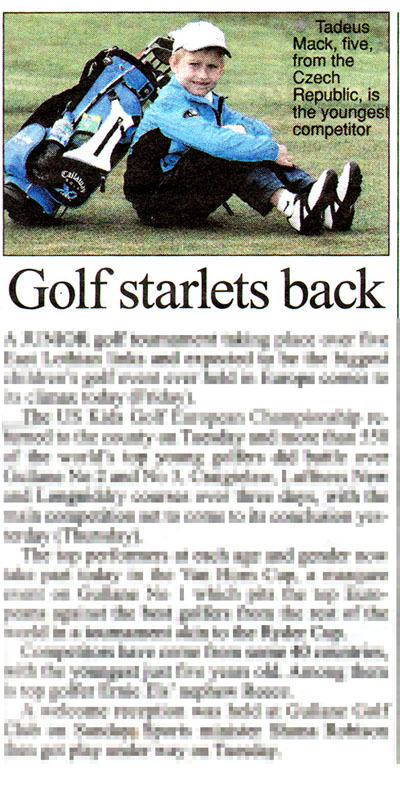 One of those children was Reece Els, the nephew of top golfer Ernie Els.

The European Championship took place from 5 – 7 June, 2012 and played 5 East Lothian links, making it the largest children’s golf event ever held in Europe.

Much of Reece’s inspiration comes from his Uncle’s technique, whom he watches play regularly on TV.

Reece’s mother, Sunette remarked on her son’s dedication to master the family sport.

She said: “As soon as he’s back from school he’s on the course, chipping, putting, until dark.”

Reece competed along with competitors  from over 40 different countries, and more than 550 of the top child golfers took part.

The U.S Kids Golf Foundation hosts over 600 events a year, including the including the prestigious world championships at Pinehurst.

This coverage can be viewed in full on the East Lothian Courier website and was achieved as part of the ongoing PR campaign by the Holyrood PR on behalf of US Kids Golf.