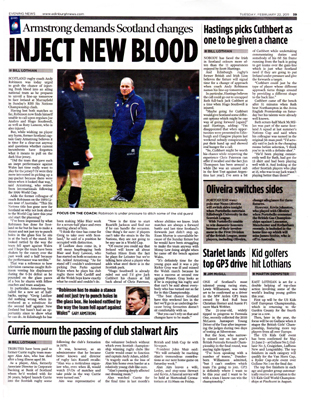 US Kids Golf gain great PR Scotland as tournaments are set to get underway.

Edinburgh will once again play host to the US Kids Golf European Championship for the fourth year running it has been announced in the Edinburgh Evening News.

As well as this Gullane will also welcome the British Girls Championship later in the year, both attracting the best young golfers from around the world to the Lothian’s.

The US Kids Golf event will take place between May 31 and June 2, with the top finishers in each category qualifying for the Van Horn Cup on the final day.

The top five finishers in each gender and age group will also be entered into the US Kids Golf World Championship at Pinehurst in August.

Both events will see youngsters play at Gullane No2, Gullane No3, Craiglaw, Luffness New and Longniddry.

This coverage was secured on behalf of US Kids Golf as part of a secured public relations campaign carried out by the Holyrood PR.