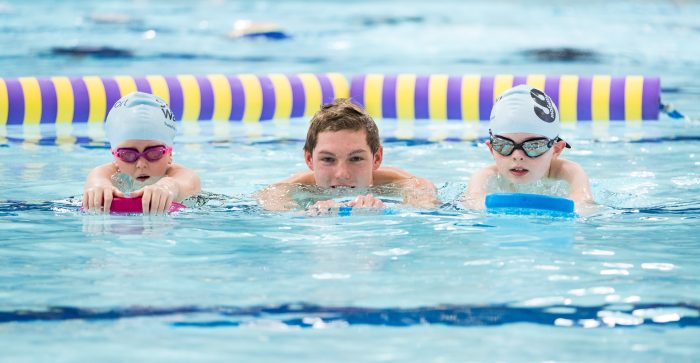 Falkirk is leading the way in encouraging pre-school children to learn to swim.

The revelation comes ahead of an event next month to celebrate the success of Falkirk Community Trust’s Learn to Swim programme – which will feature an appearance by Scottish pool hero Duncan Scott.

In the Falkirk area almost 1,800 children are taking part in swimming sessions at eight pools and 22% of those children are preschoolers aged three to five years old. Learning to swim at a young age develops confidence and a love of swimming which helps children progress when they move on to learn basic swimming skills.

A total of 50 children, including 25 pupils from Bowhouse Primary School, have been invited to showcase the success of the Learn to Swim programme – delivered by Falkirk Community Trust in partnership with Scottish Swimming and Scottish Water – at an event at Grangemouth Sports Complex on November 6.

Olympic medallist, World, Commonwealth and European Champion Duncan Scott – who is the Learn to Swim Ambassador and whose six medals at the Gold Coast Commonwealth Games in Australia in April was the most won ever by a Scottish athlete at a single Games – will join the young swimmers in the pool before taking part in a question-and-answer session.

Duncan, who also became Scotland’s Sportsperson of the Year for 2018, is in no doubt about the value of the programme.

He said: “I am very proud to be the Ambassador for the Learn to Swim programme, and would definitely endorse that getting children into the pool as early as possible is the best way to start to love swimming.” 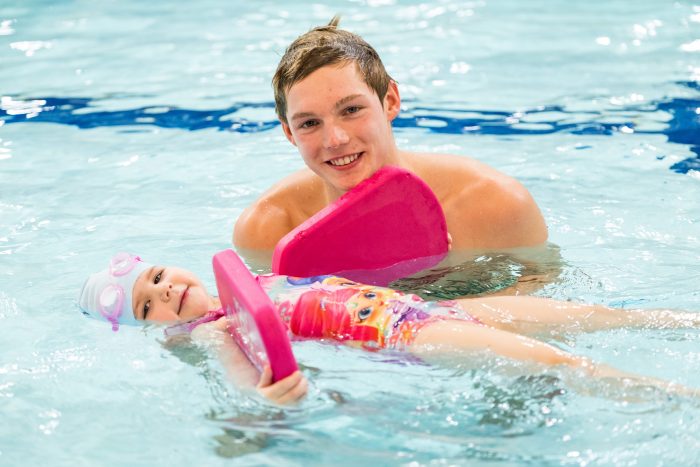 Maureen Campbell, Chief Executive of Falkirk Community Trust, said: “The Trust has a long legacy of delivering swimming lessons but has strengthened its programme following the launch of Scottish Swimming’s National Learn to Swim Framework.

“Having Duncan Scott here and meeting the kids will be immensely inspiring for everyone connected with the programme.”

With an estimated 40% of children still unable to swim by the time they leave primary school, there has never been a more crucial time to roll out Scottish Swimming’s National Framework for Swimming in Scotland.

Forbes Dunlop, CEO of Scottish Swimming, said: “Introducing swimming at an early age brings a whole host of benefits for children, so Falkirk Community Trust deserves high praise for taking such an impressive lead in encouraging so many preschoolers to sign up.”

Brian Lironi, Director of Corporate Affairs for Scottish Water, said: “We’re incredibly proud to partner the Learn to Swim programme as it’s so focused on encouraging children and young people to take up swimming, which as well as being fun, also builds confidence and safety around water.”