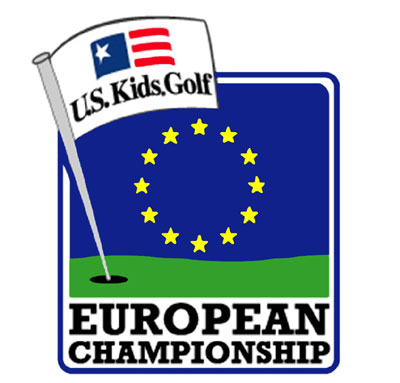 Record numbers of world’s best junior golfers are expected to travel to Scotland for the four-day tournament, which is held across five historic East Lothian links courses.

Organised by the U.S. Kids Golf Foundation – which provides opportunities for children across the world to learn how to swing a golf club, play golf and to forge new friendships – the competition will see players as young as six years old challenging for the European Champion titles in various age group.

Dan Van Horn, President and founder of U.S. Kids Golf, said: “Since our inaugural event in 2008, the European Championship has continued to grow in strength and is a main highlight of the junior golf calendar.

“An indication of its growing popularity is the fact that entrants are already 150 up on last year. If that level of interest continues – and we hope other young golfers will want to ensure they are part of this great event – we will be on course for record year; with competitors numbering way in excess of 500.

“That’s a tribute the strength of the relationships with have formed with our East Lothian partner clubs which allows us to create a superb, quality tournament.”

The European Championships takes place from June 5-7 on Gullane No. 2, Gullane No. 3, Craigielaw Golf Club, Luffness New Golf Club and Longniddry Golf Club. The courses are modified for each age group in order to provide the same level challenge, meaning holes are progressively shorter as the age groups get younger.  It ultimately allows the players to reach the greens in the same number of strokes as the top pros on the PGA tour.

The top finishers in each category will compete in the Van Horn Cup over Gullane No 1 on June 8 – a showpiece event, modelled on the Ryder Cup, where the best European players are matched up against the top golfers from the rest of the world.  The top five finishers in each age and gender group also automatically receive an invitation to the U.S. Kids Golf World Championships at Pinehurst Golf Club, North Carolina, in August.

Malcolm Roughead, VisitScotland chief executive said: “We are delighted to welcome US Kids Golf Championships to the Home of Golf. 2012 is a very exciting year for Scottish golf with the Curtis Cup and the return of the Open in 2013 before the eyes of the world turn to Gleneagles for the Ryder Cup 2014.

“This is an excellent opportunity to showcase Scottish golf to the next wave of golfing talent from around the world and affords us the chance to put Scotland front of mind with the pros of tomorrow.”

Tournament Co-ordinator Alasdair Good, Head Professional at Gullane GC, said: “East Lothian’s historic courses always provide a stunning setting and a great challenge for all of the competitors – a main reason why this tournament has become so popular.

“The European Championship provides an unrivalled opportunity to see the cream of the emerging golf talent from Scotland, UK and the rest of the world.

“Such is the strength of the platform provided by the competition that we are beginning see some of the winners from our first event go onto to bigger things on the world stage.  That is a superb endorsement of the good work the tournament has achieved.”

For more information or to register for the U.S. Kids Golf European Championships, visit their website.