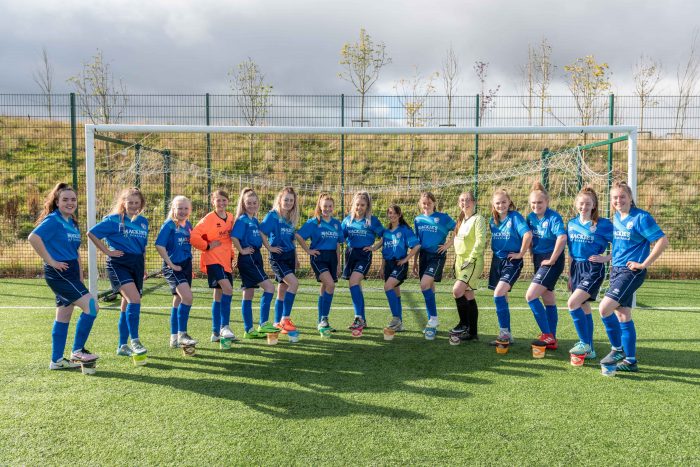 Mackie’s of Scotland bought and designed over £800 worth of new strips for Alford Academy’s Women’s Football Team after learning that the girls’ and the women’s teams were sharing the one set between them.

Brian Cruickshank, Head of the Physical Education Faculty at Alford Academy, said: “Women’s football is really making a name for itself, so it’s important that, at the grassroots level, we keep up the momentum.

“Just having the one set wasn’t ideal – the fit wasn’t great, it meant the girls couldn’t train or have matches at the same time – it was an all-round inconvenience that was slowing things down.

“With Mackie’s very generous donation we don’t have to worry about these logistical complications – the last thing the girls wanted to be thinking about was whether their kit was clean and dry in time for their games after it was used by the junior team!

“The girls have just worn the strips in their first match – and they won 6-3! The new kit definitely put more of a spring in their step.” 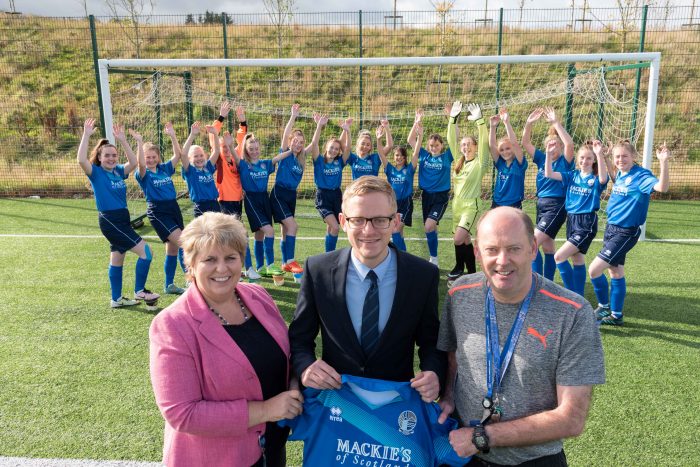 There are 35 girls in the football team at Alford Academy and the women’s team – which is made up of girls in S4 to S6 – count for 18 of them.

Brian said: “We’d reached out to a few other businesses but had been knocked back – but then we spoke to Mackie’s and they were only too delighted to help out.

“It’s such a heart-warming donation – and it’s already making a real difference to both their training and team morale.”

Stuart Common, Commercial Director at Mackie’s of Scotland, said: “It was an easy yes for us. We work with Alford Academy as part of our Developing the Young Workforce Partnership, so we know the school well.

“I went along to see the girls’ first match with their new strips – it was just great to see the smiles on their faces when they stepped out onto the pitch in their new gear – you could tell it meant a lot to them.

“They’re a talented bunch and we’re proud to keep our young, local sportspeople on the front foot.

“I’ve also heard that the new strips have led to great numbers applying to be part of the team this year – and that was music to my ears. We couldn’t have hoped for a better result for our local community.”

Mackie’s of Scotland are producers of luxury ice cream at their Aberdeenshire farm and distribute to the UK and worldwide and their ‘sky to scoop’ ethos sees them create everything – from their dairy products from their own herd to their packaging – on site.

Their fourth generation family farm, Westertown, situated close to Inverurie started producing ice cream in 1986 and still produce it all using only milk and dairy from their own herds.

HOW COULD YOUR BUSINESS BENEFIT FROM THE STORY SPOTTING AND CONSUMER PR EXPERTISE OF OUR PUBLIC RELATIONS AGENCY?