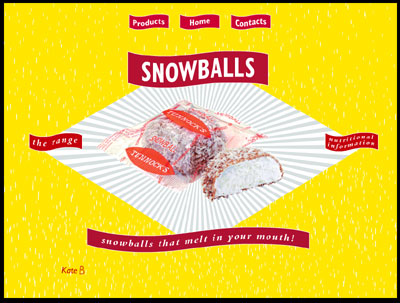 I know digital content guru Stewart Kirkpatrick is fond of biscuits, shortbread and other sweet treats.

Not that I’m saying he is “fuller figured” or anything like that. Just that his face always lights up whenever he visits our office and we break out the biscuit barrel.

Little wonder. He can go through endless hours of meetings with the various clients who bring him in for serious advice on how to make their website better.

But do they often remember their manners and offer him tea and the odd digestive biccie? Rarely, it seems.

Stewart is the man who started Scotsman.com and took it to its peak a few years back. Now he earns a crust in a far more respectable manner – as one of the main men behind the digital content consultancy, w00tonomy.

I know webheads and techies aren’t very good with early rises. Something to do with sitting up all night to plunder the esoteric depths of t’internet. But this morning Stewart had to drag himself out of his scratcher at some ungodly hour to address an audience of young PR professionals.

The Freshly Squeezed programme of early morning training events is run by the Chartered Institute of Public Relations (CIPR). It was exactly such an event which introduced me to blogging a couple of years ago.

Mr Kirkpatrick very kindly agreed to give a talk on his specialist subject digital content – the current holy grail of the PR world. As you might expect it was oversubscribed and I’m told Mr K’s chat went down a storm.

What  didn’t go down quite so well was the breakfast laid on by the hotel in Edinburgh hosting the event. The CIPR organisers were left gawping in disbelief when the promised morning pastries failed to materialise.

Instead they were greeted by a rather baffling morning selection: uber-sweet Scottish cakes known as Snowballs and generous handfuls of the multicoloured sherbet confections, Flying Saucers.

I’m sure this would have challenged those of a more delicate constitution. But I’m betting Stewart was secretly chuffed at such a retro, 80s sugar fest.

Indeed, henceforth I feel duty bound to refer to Mr Kirkpatrick as Special K: The champion of breakfasts.