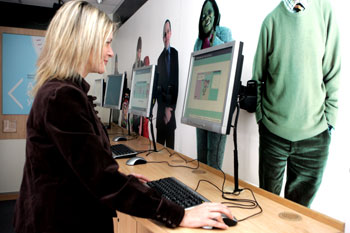 SCOTLAND’S leading lettings portal citylets.co.uk has celebrated another successful year after seeing its web traffic rise by almost 50% in 2010.

The web portal saw a 49.5% rise in web visitors during 2010, thanks to the successful implementation of a multi-faceted development strategy that included its first ever series of TV advertisements.

The rental portal also achieved impressive growth in the Aberdeen region, with a 45% rise in telephone enquiries being recorded across the Citylets network. It was also verified by Experian Hitwise, the online competitive intelligence company, as the most visited site in a custom category of UK residential lettings websites.

Citylets.co.uk is now expected to build on this success over the next 12 months, and predicts it will break the 3 million annual visitors milestone by the end of 2011.

Thomas Ashdown, the entrepreneur behind Citylets Network – which includes major partner brands such as Findaproperty, S1homes and Primelocation – said that he was delighted with the firm’s strong performance.

PR in Scotland for lettings portal

He added: “2010 has been a landmark year for Citylets that has seen a lot of things come together. Achieving an increase of around 50% in visitor traffic far exceeds what we were hoping for and I doubt that we will see that kind of rise again for some time.

“We’ve also seen a lot of growth in Aberdeen, with a 45% uplift in calls across the whole Citylets network. In addition, we are the only dedicated lettings portal in the UK to have maintained a top 100 ranking in the overall property sector according to Experian Hitwise, which is very encouraging.

“We look forward to continuing this success into 2011 and beyond.”

The portal has already enjoyed a strong start to the New Year – achieving the same level of web visitors in January as it recorded during its record month of traffic in August 2010.

We believe stories are the heart of every business and if told correctly help them become more profitable and happier places to work.
If you’d like to learn more, get in touch on 0131 561 2244 or by using the form below: