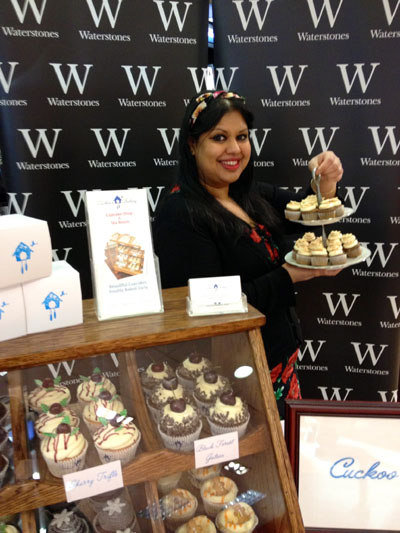 Edinburgh’s quirkiest bakery graced the pages of Scotland on Sunday this week after announcing an exciting new partnership with a leading book retailer.

Cuckoo’s Bakery of Dundas street will now be selling its artisan cupcakes in Waterstones on Princes Street after the two companies agreed to work together.

Viday Sarjoo, Co-owner and Cupcake Innovator at Cuckoo’s Bakery said: “We are delighted that our cupcakes will now be sold in Waterstones.

“This partnership is the first step in the Cuckoo’s Bakery expansion and is one in which we hope to replicate as the company gets bigger.”

Cuckoo’ Bakery Christmas cupcakes are available throughout December from 150 Dundas Street or at Waterstones at 128 Princes Street, Edinburgh.

This coverage was secured with Scotland on Sunday as part of a sustained PR campaign carried out by Holyrood PR on behalf of Cuckoo’s Bakery.