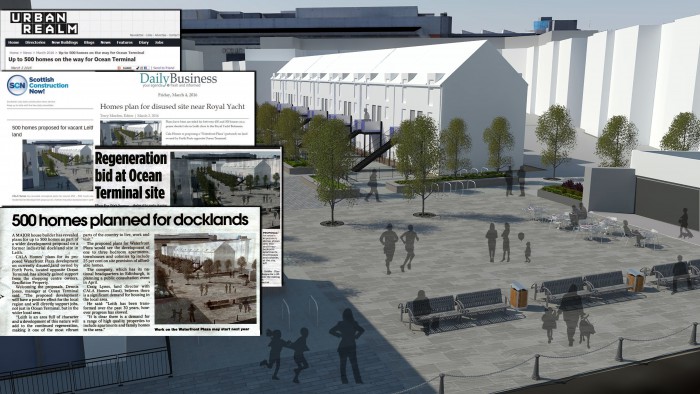 The world of planning can be both complex and emotive.
People tend not to like the prospect of change. Planning applications  can divide local opinion on the rights and wrongs of developing an open space, changing a vista, or simply altering an area which people have grown used to.
This alone can make telling a clear story difficult.
Add in the fact that the planning system is rife with jargon and the seemingly endless stages of appeals, rejections, approvals, consultations and withdrawals. It is enough to kill interest among most ordinary people who might otherwise be supportive.
Without quality PR support such planning cases can become protracted, heated or widely misunderstood, which in turn can lead to proposals being rejected. Such outcomes can mean losses for investors, missed opportunities for local communities and reputational damage for developers. Everyone loses out.

Good PR and practice can change perceptions and win support. Read how we won gold at the PR Oscars for our innovative campaign at a Perthshire wind farm
Our public relations agency in Edinburgh, Scotland is particularly well versed in delivering effective PR to support planning applications. Indeed, we have the good fortune of working with Scotland’s top developers to phenomenal effect, across developments involving fashion giants, onshore wind, care providers and exclusive homes.
Water works
CALA Homes’ newly proposed development at Leith, Waterfront Plaza is a genuinely exciting proposition on a number of levels:
1 – It is for up to 500 homes – large enough to be transformative, to make a real difference to the local area and to bring young aspirational people with spending power into the area.
2 – It is in Leith, one of the most vibrant and best-known parts of Edinburgh, somewhere with a varied but proud history, an area that has seen vast improvements in the last 30 years but has effectively stalled since the recession.
3 – It could have a genuine positive impact on the expansion of the trams project, ultimately transforming the future infrastructure of Scotland’s capital city.
Positive Storytelling
Situated on disused land opposite the renowned Ocean Terminal, we could instantly see the positive potential in the development. We were able to obtain positive third party statements from the shopping centre and Forth Ports, the landowner.
After crafting an informative press release we pitched to the Edinburgh Evening News – securing an all important positive print page lead and online feature, including the positive third party quotes along with the first release of visuals.
As important as it is to reach Edinburgh’s wider population, this coverage put the story in front of key stakeholders from nearby businesses, councillors and politicians.
Rather than stop there, we took a 360 degree approach to the PR project, ensuring follow up features in two edition’s of the Scotsman’s influential Real Homes supplement, the National, also whetting the appetite of some of the nation’s key construction titles.
Further coverage was achieved in DailyBusiness, which is fast becoming Scotland’s key online business news source – with a demographic of reader in line with CALA Homes audience.
Read the original press release for the CALA Homes Waterfront Plaza development
Here at Holyrood PR we have genuine credentials when it comes to communicating positive developments by responsible, reputable businesses. We understand the importance of effective dialogue and it has resulted in multiple award wins and a client list containing some of Scotland’s most positively recognised developers.

If you have a potential planning issue affecting your business, we’d love the chance to explain how our expert PR services could help.
To get in touch with our Edinburgh PR agency on 0131 561 2244 or take a few moments to fill out the simple form below and we’ll get straight back to you:
Contact Form