Water Experts Mussel In On Cleaning Job For Severn Trent

on behalf of Panton McLeod 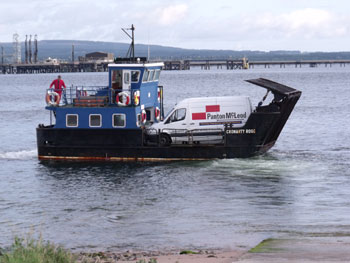 The cleaning project was part of a wider improvement scheme on the site, which was aimed at making the facility more environmentally friendly and efficient.

Panton McLeod was hired to drain down and clean three ozone treatment tanks at the facility, in order to prepare them for a full repair and modification project carried out by partner firm Interserve Project Services.

But staff were left surprised when, after the tanks were drained, they discovered around six tonnes of freshwater zebra mussel shells inside them – which had to be removed with industrial vacuum pumps and by hand.

Chris Faulks, Panton McLeod’s Nottingham based Supervisor said: “It’s very unusual to deal with a situation like this and it’s a complete surprise when you see it for the first time. The lads all thought that it was going to be a routine cleaning job, so they were pretty shocked when they saw that there were tonnes of mussels in two of the tanks.

“Nobody had any idea why they should have collected there in quite such large numbers and many of the engineers on the site had seen anything like it before.

“However, a few years ago we faced a similar scenario involving a water treatment works in the Severn Trent region. The facility abstracted from the Trent and around 12 tonnes of mussels had simply washed in and collected over the years.

“In both cases the facilities were very robust and reliable treatment works, and since the mussel shells posed no threat to the water treatment process, there is no real reason they would have been discovered until we went in there.

“We have long-standing partnerships with Severn Trent and Interserve, and these were invaluable once the nature of the work began to change due to the discovery of the mussels.

“The fact that we’ve been framework partners with Severn Trent for the past decade, and have worked in partnership with Interserve over the same period on capital expenditures schemes, allowed us to work together and quickly agree an additional small cost for the extra work in order to keep this project on time for completion.

“We brought in specialist suction equipment so the mussel shells could be removed to a tanker, but our guys also had to get in the tanks and remove some of the shells the old fashioned way by hand and with buckets.

PR IN Scotland for Panton McLeod

“It was unexpected work for our lads, but they got through it as quickly and efficiently as possible.”

Panton McLeod specialises in the cleaning of drinking water structures, including treatment works, service reservoirs and slow sand filters, and is one of the UK’s leading water quality engineering firms. The company has spent almost 20 years perfecting highly-specialised cleaning methods and developing treatments which thoroughly disinfect the structures without compromising water quality.

Its services are in demand by some of the biggest water companies in the country, including Severn Trent, Scottish Water, Thames, Northumbrian and United Utilities.

The firm, which is based in the Scottish Borders and has offices in Nottingham and the United States, has also pioneered the use of underwater robots which are used to inspect and clean structures used to store drinking water across the UK.

The machines remotely operated and fitted with camera and lighting equipment, which allows staff controlling the ROV’s to assess the interior of the tanks. They are also used solely within clean potable water environments and meticulously cleaned and disinfected prior to every use to ensure they can be safely used in the public water supply, and Panton McLeod conducts rigorous tests before and after each inspection.