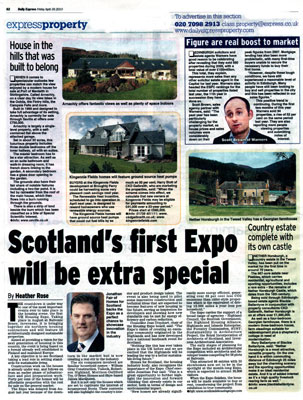 The Scottish Daily Express newspaper has featured an article detailing Warner’s succes in the housing market during 2009.

As a national publication, the story shares Warner’s success with Scotland as the company celebrates selling nearly 600 properties with a total value of more than 100 million pounds.

Warners – the number one property solicitors and estate agents in Edinburgh and Lothians for the past eight years – explained in the report that this represents more sales than any other solicitor estate agent  in Scotland’s capital for last year.

The newspaper’s report also features a picture of Scott Brown, a sales agency partner with the firm, as well as quotes.

It states: “The past year has been particularly challenging for the property market, as house prices and sales volumes were considerably down on their peak figures from 2007.”

The full article can be found on the Daily Express website and was the result of a sustained strategy implemented by Holyrood PR PR in Scotland.