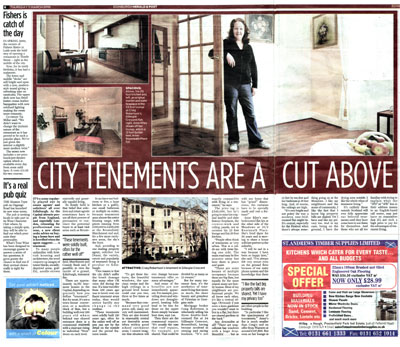 The freesheet paper, which is read by tens of thousands of people in Edinburgh, ran a story about the popularity of tenenment flats in the city – and featured one of the properties currently on sale on the Warners website.

The article prominently featured a spectacular tenement flat in Edinburgh’s Marchmont district and quoted its owner, who explained the benefits and appeal of choosing a high ceiling tenement apartment over a semi-detached home. The property at Roseneath Place is currently being sold on the Warners website for offers around £137,800.

The full article in the Herald & Post was the result of a sustained Edinburgh public relations strategy maintained by Holyrood PR PR in Scotland.