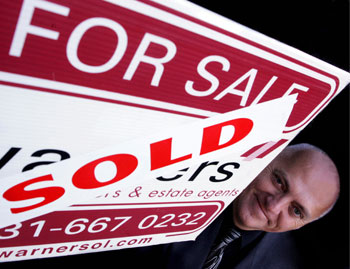 “Fixer-upper” properties promoted in TV shows such as Grand Designs are becoming less popular in Scotland due to the recession, according to Edinburgh’s leading property solicitor.

Warners says that buyers are deciding to shun properties which are in need of major refurbishment, as they do not want to incur the extra expense of renovating them.

The company has highlighted that flats and family homes in need of minor cosmetic upgrading are proving more popular than properties in need of intensive renovation, as they are more affordable and represent a better long-term investment.

Scott Brown, estate agency partner at Warners, said: “In recent years, we’ve seen so called ‘fixer-upper’ properties become very popular with buyers and investors. For property investors especially, they represent the chance to buy a property at a relatively reasonable price and then make a profit by renovating it and selling it at a higher value.

“However, due to the recession, these properties are no longer proving as popular as they previously did. The banks have tightened their mortgage lending criteria, so you can only afford to buy these kinds of properties if you have a sizeable deposit to put down.

“House prices are also down on their peak figures from 2007, so there’s less attraction for renovating and selling for a much higher price. Buying a property like this is far more of a risk now than it would have been two years ago, so the demand isn’t there among investors.

“Likewise for house hunters, the hassle of overhauling a property isn’t an attractive option any more. Buyers now have to put down higher deposits in order to get a mortgage, and many of them just don’t have the extra money available to embark on a huge restoration project on their new home.

“It’s for this reason that the majority of our sales are for properties that don’t require any immediate renovation or modernisation. Buyers want to purchase something that they just need to redecorate and furnish with their own touches rather than having to completely gut out and re-build every room.”

Warners, which has four property shops in Edinburgh and Lothians, has been the leading property solicitor in terms of property listings, property sales and total sales value in the ESPC for the past decade. The firm is also supported by public relations experts Holyrood PR PR in Scotland.