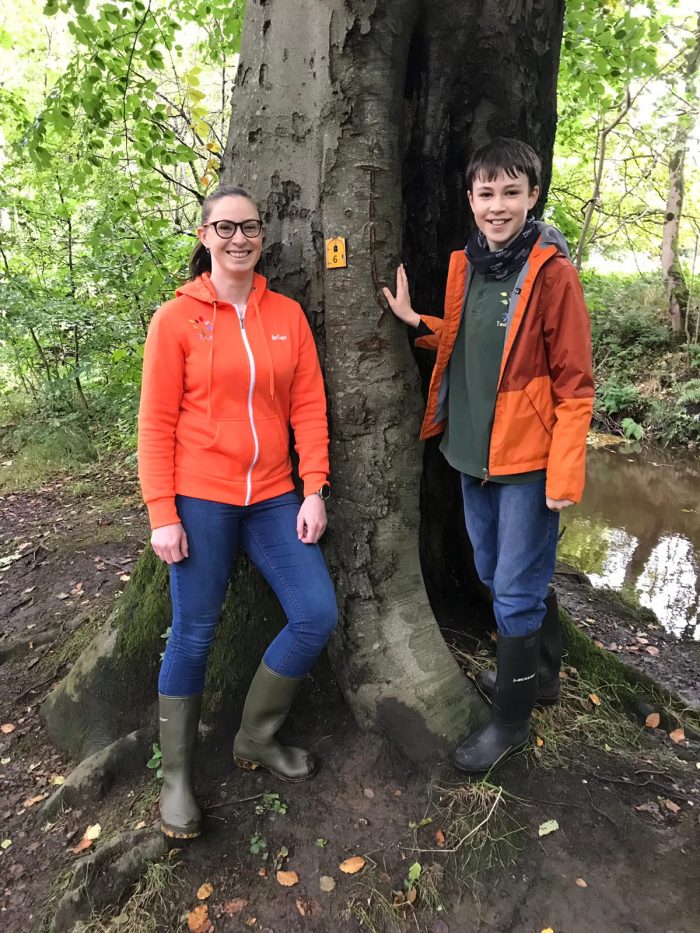 TWO awards have been presented to Renfrewshire volunteers for their work transforming path links in the local area that’s improving the health and wellbeing of many in the community.

Matthew, led and delivered the creation of the Toddle Tots Fairy Trail on an underused riverside path. The youngster designed, painted, weatherproofed the trail and designed an online trail that families could follow as they walked.

11-year-old Matthew said: “My mum started the idea a few years ago, but we properly implemented it during lockdown, we posted pictures on Facebook to tell people about it and had lots of support from the community.

“Unfortunately the trail was vandalised however people in the community quickly got in touch via Facebook to support us and help get it set up again.

“When people message us to say they have done the trail, I walk and deliver a note from the ‘fairies’ along with a door that people can decorate themselves – I’ve now gone to around 50 houses!

“My mum got a message about a 3-year-old boy who had learned to count for the first time from counting the fairy doors on the trail which is amazing and makes me feel that I am doing something positive for the local community.

“I was delighted to hear that I had won this special award and hope that many more people will be able to enjoy the trail, hopefully they will get as much enjoyment out of it as I did creating it.”

Matthew has since created a 5km interactive spy trail for older children which runs alongside the Fairy Trail. He used the award money to buy prizes for those who completed it.

Darkwood Crew were formed specifically to regenerate its village green, but has since become a vital support network for its local community and continues to try and make a difference to its residents.

Secretary of Darkwood Crew, Terry McTernan, said: “It is an absolutely fantastic achievement, and one that came at us as a tremendous surprise. We are a group of individuals who have genuine concern for our local community and the work we do reflects that. We are humbled to have been recognised by Paths for All, and to have won this award is well and truly the cherry on top. 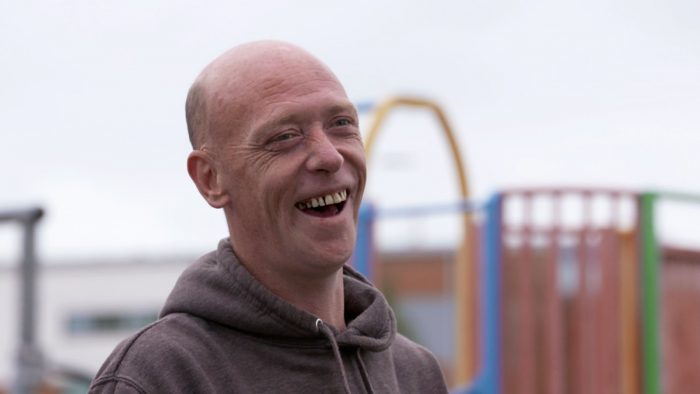 “Darkwood Crew has given members of our local community confidence and self-belief in times of hardship. What they all have in common is a combined desire to improve the living conditions of their local community. This started with the Paths for All funded regeneration of the village green, and from there we have seen our members care for the other green spaces in the area.

“The group has grown in confidence and now takes on other challenges in the community. For example, during lockdown members helped out in various ways in the local community and I think the past few months will change our work going forward.

“What was once, to be frank, a neglected area, has now become a cared for part of the community. The work Darkwood Crew has amounted to has changed the attitudes of everyone around us. It has allowed people to realise the positive changes we have made in community, and in that sense given us a real sense of empowerment, a can-do attitude that we can make a positive impact on our own lives.” 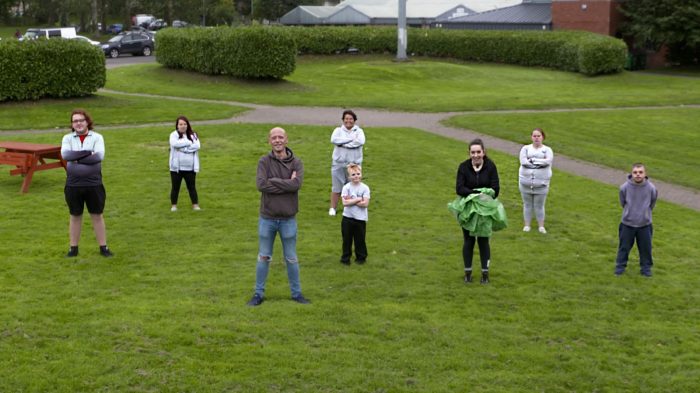 The Renfrewshire residents were commended at the first ever Paths for All virtual awards ceremony hosted by BBC’s Scotland’s Fiona Stalker on November 4.

Matthew and Darkwood Crew were among 13 different winners at the 11th annual volunteers awards.

Cabinet Secretary for Environment, Climate Change and Land Reform, Roseanna Cunningham, said: “Spending time walking in nature has been a lifesaver for many people during the COVID-19 pandemic.

“It has been truly inspiring to learn about the work the volunteers have done improving their local path network for their local community. This is an invaluable contribution to improving the nation’s physical, mental and social health.”

Ian Findlay CBE, Chief Officer at Paths for All, said: “Getting outside and going for a walk has been even more important than normal over the last few months for our physical and mental wellbeing.

“The invaluable work of volunteers’ in improving the nation’s physical, mental and social health is amazing, and even though we can’t host our usual Volunteer Award event, we still wanted to celebrate the fantastic work that is happening up and down the country.

“Volunteers, like Matthew, Terry and the Darkwood Crew have carried out tremendous work and adapted their work during the Covid-19 pandemic to reflect the changing needs of the Scottish public and for that we have to say a massive thank you.

“Their stories are always inspiring – and this year seems that little more exceptional.”

Paths for All works with the Scottish Government and 30 partners to support and deliver national policies, such as the National Walking Strategy and other ‘active travel’ initiatives.

The charity awards thousands of pounds worth of grants to worthwhile projects that improve health, promote walking and improve environments for people to be active in.

DO YOU WANT TO SHARE YOUR STORY WITH THE HELP OF OUR CHARITY PR TEAM?

Getting in touch with our team couldn’t be easier.
Give us a call on 0131 561 2244 or take a few seconds to fill in the contact form below and someone will get straight back to you: