Windswept Thoughts for a Thursday 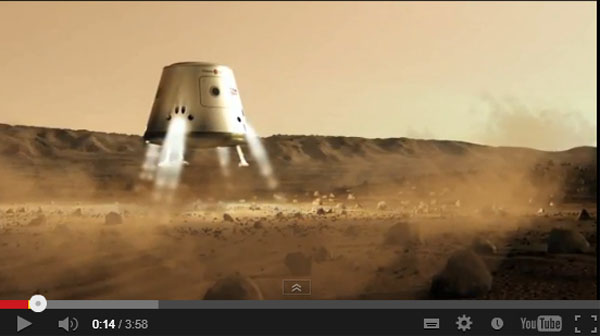 Got some exciting news you just can’t hold in – send it our way on either Twitter, Facebook, Linkedin or Google +

HOUSTON WE HAVE A PROBLEM (Aoibhínn)

Hands up who wants to go to Mars? I certainly do, but would you want to live there? Dutch company Mars One could make this a reality and says it will open applications imminently. Made feasible by advances in The not for profit organisation suggests it will take humanity to the Red Planet as soon as 2023. Uncharted lands have always attracted explorers and Mars One’s co-founder explains why those willing take the leap into outer space will never return. During the seven-to-eight month journey astronauts lose bone and muscle mass, on spending time on Mars’ weaker gravitational field, it would be close to impossible to readjust back to Earth’s much stronger gravity. So hopeful explorers take note; applicants must be resilient, adaptable, resourceful and work well in a team.

A Japanese company have created a beer using coffee beans that have passed through an elephant’s digestive system. The makers have called it ‘Sankt Gallen’ which is a play on the Japanese word for crap! This idea comes from the launch of elephant dung coffee last year which sells for whopping £720 per kilogram.

The 1994 NBCs network FRIENDS has confirmed after the whole hype of the comedy TV show FRIENDS will not be doing a reunion which started out as being called “The One with the Reunion” which than quickly turned to “The One with a While New Season”. Unfortunately after the whole hype of the show returning back to their old ways of hanging out at Central Perk with their witty jobs and big mugs of coffee is decidedly untrue. The rumours of the show started months ago heating all over Facebook and twitter after fans have been clamouring for a reunion ever since the sitcom show ended in 2004. Marta Kauffman from E! Confirmed “I’m going to clear this up! ITS not Happening!, Friends was about that time in your life when your friends are your family and once you have a family, there’s no need anymore.” Even though there won’t be a follow up, it never gets old re watching the episodes even 9 years on!

Just when the states is busy dealing with their latest horror of the Boston Bombing, Wednesday evening in Texas a massive explosion went off at a burning fertilizer plant in west north of Waco, injuring more than 100 people which than lead to a massive evacuation. Several buildings were reported damaged and numerous amounts of injuries with multiple ambulances requested. The explosion was reported at around 7:50Pm. Many people were trapped in a near nursing home and in an apartment building. Officials said anhydrous ammonia and other components at the plant contributed to the explosion once the fire started.

3D ME IN GLASSES (Sarah)

Yes people, this is a new app announcement. I feel I have not indulged on this front in a while, and with the sun making an appearance this seemed a fitting way to show it tribute. The soon-to-be-released app is called Glasses.com 3D fit. As some of you may have guessed this helps you pick glasses without leaving the comfort of your home. Where before a cheerful yet firm optician’s assistant would tell you what did or did not suit your face, technology now recreates a 3D image of your face, allowing you to judge for yourself. I have to say, as a wearer of spectacles, I’m quite taken with the idea.