Welcome In The Year With These Links 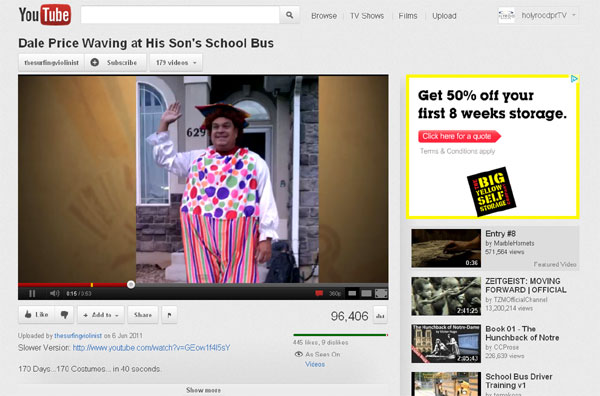 THE SHORT AND TALL OF IT (Laura)

Being short myself I know what a pain it can be – especially when people hide things in high places – but for one man being short bothered him so much that he has decided to have his legs lengthened. At 5 ft 7in I wouldn’t class Chris Johnson as short but he has just shelled out £34,000 to have the controversial operation to make him just 2 inches taller! Apparently Chris was so insecure about his height that he thought that the painful procedure which breaks the thigh bones in two in order to reset them with an 11in stainless steel rod would be better than living with taunts about his height! It’s a little extreme if you ask me and definitely not something I would go for. I think Chris should remember one thing when it comes to height – good things come in small packages!
http://www.dailymail.co.uk/health/article-2080771/Would-spend-34-000-3-INCHES-taller-Thomas-Keeper-thigh-bone-sawn-half-spent-months-hobbling-frame.html

THE ENDER OF PAT (Gaynor)

It was a teary episode of Eastenders over the weekend when Albert Square legend Pat Butcher died after being diagnosed with terminal cancer. But amidst the tears did anyone notice that Pat who is played by actress Pam St Clements had her own version of the Eastenders theme tune played at the end credits? Title Pat’s Theme the tune signalled the end of 25 years playing the character famous for her bling-tastic earring collection. Pat is only the second soap character to have her own theme tune, with Peggy Mitchell being the first with Peggy’s Theme when she left the soap last year.
http://www.metro.co.uk/tv/886117-eastenders-marks-pat-evans-departure-with-new-theme-tune

Scientific facts are usually regarded with the most trust – but in this interesting and rather funny video clip from physician Ben Goldacre, he proves that scientific facts aren’t all they are cracked up to be. From everything from HIV drugs to Gillian McKeith’s dodgy nutritional advice he reveals how scientific experiments are not as scientific as they should be and why we shouldn’t believe everything we read in the media. The clip is 9 minutes long – but definitely worth a watch!
http://www.trendhunter.com/keynote/ben-goldacre

IT’S ALL IN A NAME (Victoria)

Bad news for anyone called Kevin, Justin, Mandy or Chantal – as these names are the biggest turn off for people looking for love on online dating sites. Researchers in Berlin found that these four names were the least popular with potential mates, as they sounded like the names of trouble makers. Those with English sounding names such as Alexander, Charlotte and Jacob were most popular receiving the highest amount of responses. People with ‘unnattractive’ first names are also more likely to suffer set backs relating to confidence and self esteem – making it even harder for them to get a date!
http://www.dailymail.co.uk/news/article-2081166/Potential-partners-likely-click-unattractive-names-dating-websites.html

We all think we have the world’s most embarrassing parents but spare a thought for this unlucky teenager who has had to put up with his dad waving him off to school everyday wearing a fancy dress costume. Dale Price has donned a different costume each day for the past 170 days in order to embarrass his son as he gets the bus to school. What started as a joke has become a big hit with his son’s friends and Dale now even has his own blog called Wave At The Bus. You can view the assortment of fancy dress outfits in the Youtube video which has had over 90,000 hits – my favourite is the mermaid outfit!
http://www.youtube.com/watch?feature=player_embedded&v=qH_2h8rtfdU