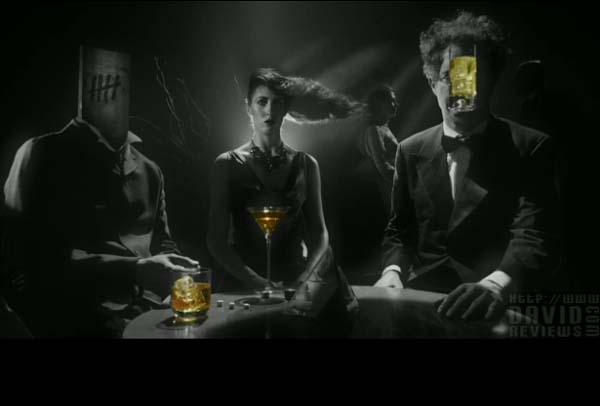 It was our office manager here at the Holyrood PR who first alerted me to the new Drambuie advert. Unveiled in Scotland and, bizarrely, Greece this month, the advert forms a part of the wider ‘A Taste of the Extraordinary’ campaign and will be rolled out internationally in 2013. In itself the advert is a surrealist episode of insanity where viewers are invited to taste the drink, people make sounds with their hands on table tops and the drama ends with some men chanting. Whether this insanity works or not is up to you, the viewer, personally I quite like it.

So people, the good bit is over. The period of over eating, excessive drinking and perpetual non-movement is in the past and the dreaded New Year is just round the corner. I, for one, have never been an avid New Year’s resolution-er, however that is not to say I wouldn’t mind making, and keeping some, or even just one, one day. If you also struggle with being true to your desire, whether it be healthy eating, gyming, quitting smoking or sobriety, mashable.com’s list of ‘5 Apps for Keeping New Year’s Resolutions’ could, oddly enough, help. For more, follow the link below.

What better way to sum up the fads on 2012 than to use depictive, brightly iced and enticing looking cookies? No, I hadn’t considered this option before either, but it does work by making the whole craze summary slightly less dull. From instagram, to moustaches (which, on reflection, was indeed a large and rather odd ’12 trend) and Justin Beiber, this list of 34 of the hottest trends of last year seems to about hit the nail on the cookie cutter head.

Some of you may know I won a kindle fire as part of the office raffle last week – and I was super chuffed. As an avid reader I was possibly more excited about an unlimited library than I was being able to surf the net. And it seems I am not alone as The Drum report that a rise in e-books has caused 50% of book shops in Britain to close within the last 7 years. As a lover of book books this makes me sad, but as with most things, surely there is a middle ground where both e-books and hard copies are bought and valued for different reasons. Let’s hope.

​It seems like every other day a ‘revolutionary’ new beer is launched. Whether it is the world’s most potent beer, a beer made with Buckfast or coffee, it usually makes the headlines.
Chicago is famous for its deep dish pizzas and a love of beer, so it would only seem right that someone would combine the two.
And so I present to you, Mamma Mia Pizza Beer which has been created by a local brewery and is to be launched in the New Year.
I for one LOVE pizza, but somehow I don’t really see the flavour translating well into a beer….
I shall see if I can pick up a bottle when I’m in Chicago at Easter and report back to you!