This week we’ve been telling the press all about the widest range of fake and illicit materials ever to be seen in Scotland, how police officers are helping children in Glasgow with a new project and what Edinburgh hotel has been proving a hit across the nationals.

First up, on the lead up to the Scottish Business Resilience Centre first Anti-Illicit Trade Summit, we’ve been telling the press about the widest range of fake and illicit materials that are set to be unveiled at the summit on March 6, at Murrayfield Stadium.
The Summit aims to highlight the dangers to public safety and the threat to Scottish businesses from the spread of the illegal trade.
From fake make-up, perfumes and Ugg boots to cds, whisky and champagne, news of the Summit and the dangers highlighted made a splash in the Daily Record’s Edinburgh Now, the Times Scotland online and a platform piece in the Edinburgh Evening News.

Next up, Greater Glasgow Police Scotland Pipe Band, winners of 20 World Pipe Band Championship titles, is now sharing its expertise with 60 youngsters in Govan.
The former officers are now coaching pupils who will compete for the first time at the Scottish Schools Pipe Band Championships at Broughton High School in Edinburgh, on March 9.
We invited along some of the national press to one of the schools rehearsals where the Herald, the Evening Times and STV were able to take pictures of the band in action to use in their the story the following day.

And finally, the Grassmarket Hotel in one of the capital’s most bustling areas, has been a hit after two journalists decided to experience the quirky hotel first-hand.
With giant magnetic walls, Polaroid pictures and a copy of the Dandy to replace the traditional hotel Bible, the hotel offers its guests the perfect room combining comfort and style with a sense of fun and relaxation.
The Sunday Mirror featured the unusual accommodation as Hotel of the week, while the Courier featured a double page spread of the stay, incorporating advice on the best pubs and bars to visit in Edinburgh.
If your business is looking to attract reviewers and coverage similar to this, get in touch now.

That’s it for this week but you can keep up to date on all the latest Holyrood action by visiting our:

and by following us on: 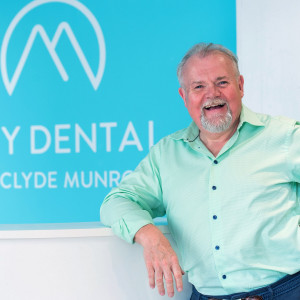