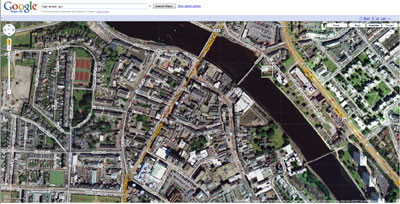 Anybody else got one of those calendars where each day is a separate sheet of paper – and as you tear of yesterday’s sheet each new morning you are greeted with an interesting factoid/anniversary, as well as  wee philosophical musing?

For instance, the wee gem I got for May 1 was this: “Imagination is the eye of the soul.”

More interesting though, was the daily fact – on this day in 1994 Brazilian hero, Ayrton Senna was killed during the San Marino Grand Prix.

Which reminded me of a legendary newspaper story about the mix-up and miscommunication this sproting tragedy caused in one bustling Glasgow newsroom.

Even non-Formula 1 fans knew the handsome Brazilain playboy was one of the most gifter drivers of his generation and the story was huge all around the world and still haunts F1 to this day.

As deadlines loomed a sub on the Scottish paper summoned a copy boy (the newspaper name for a runner/messsenger) to rush to to the library and bring back the picture file on Ayrton Senna.

A few minutes later the copy boy coolly returned with street scenes from a popular tourist destination. He’d misheard and instead looked out the photo file for Ayr toon centre (pictured, as shown on Google maps).

This incident is alleged to have happened in either The Herald or Evening Times. Or maybe it was the Daily Record or Sunday Mail.  After a quick Google search there’s even a suggestion it happened at the Manchester Evening News.

If anybody was actually there and can clear thisup for me (inclluding names of the sub and and the copy boy involved)  I’d be grateful. I’d be happy if the story isn’t apocryphal. It deserves to be true and I’d like to hope it never appears on snopes.com.

As an aside my calendar came from Time Recruitment Services. I’ve never used them, don’t know anybody who works there, so have no idea why they sent it to me. But there’s a quick namecheck, so it’s served its purpose.

While most of the daily factoids and musings are guff, I’ve kept a couple which caught my eye:

Monday, April 13 – It’s no good having a spark of genius if you suffer from ignition trouble (1742 – The first performance of Handel’s Messiah, in Dublin, Ireland)