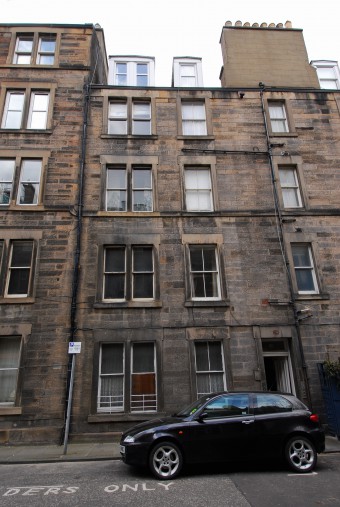 Average rents for larger properties (four bedrooms and upwards) in prime student locations are rocketing, vastly outstripping growth rates for the country as a whole.

In one area of Edinburgh – Marchmont/Bruntsfield – rents have risen by 20.1% from March 2012 to March 2014, compared to the Edinburgh average growth of 9.6% over the same period. Average monthly rents for four/five bed properties in the area now stand at nearly £1900.

The trend has led to record numbers of owners of large properties putting their properties up to let in some areas in time to seize on the traditional student Easter rush to secure properties for the next academic year.

The Marchmont/Bruntsfield area is again leading the way in Scotland with the number of large properties put up for rental in March increasing by a large 34% compared with the same period last year.

The Edinburgh market has outperformed the national average with rents for one and two beds properties up 5.7% and 4.4% respectively and the top five performing postcodes have all surpassed the £1000 mark for the first time.

“Zero tuition fees in Scotland is a strong pull that keeps demand for Edinburgh student property high. As a result average rents for larger, student orientated properties have risen sharply in recent years.

“Whilst the rising rents may be of concern to the students themselves, many landlords are in fact working in synergy with the student market offering 9 month rentals, perfect for the academic year. Larger properties are then rented out to tourists and festival goers over the summer, a market that also experiences high perennial demand.”

Overall the Quarterly Report shows evidence of the traditional strong first quarter. Stock levels in the city have fallen from their 2012 peak and there is increasing evidence that longer term rentals is beginning to have a squeeze on supply, though still far off what we see in Aberdeen where it could be considered that there is a real crisis in rental supply. Average rents in Aberdeen have risen 10.9% over the last year to £1066 and show little sign of abaiting.”

Citylets also retained its position as the certified leading Scottish Lettings Portal throughout Q1 2014, according to online experts Experian Hitwise. Visitor traffic for the quarter was steady at more than one million with an ever increasing number of visitors from mobile (mobile browsing and App usage combined).

The EH9 post code has Edinburgh’s top average rent (£1190) and it is also the most dynamic in the city with properties only taking 22 days to let. Across Scotland, average rents were up 3.6% to sit at £699 with Aberdeen again the stand-out performing, recording a 10.9% increase year-on-year.