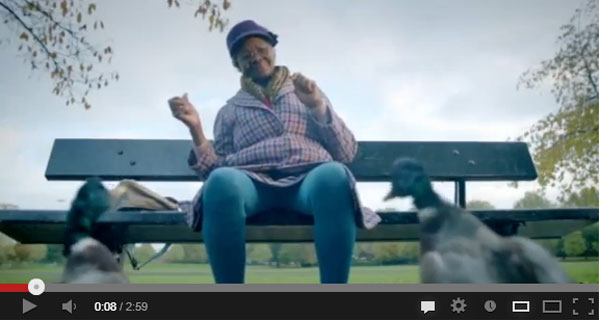 If Social Media is your thing then check out our ramblings on Facebook, Twitter, LinkedIn and Google +.

I was going to choose the Indian guru who has caused mass offence by suggesting the victim of a gang rape was responsible for the attack as my high five today, however in a sudden lightness of mood I changed my mind. Instead I am going to share with you a music video that tickled my fancy, mainly due to the fact it features feat tapping ducks. ‘Get Up’ by The Bongo Players featuring the Far East Movement is, for want of a better word, a repetitive and, as such songs so often are, unnecessarily catchy tune. Featuring the shouted slogan ‘birthday shots’ and ‘get up’ this tune is destined to be even drunken revellers favourite play this party season.

WHEN YOUR PHONE DECIDES IT HATES YOU (Scott)

(Warning – NSFW) We’ve all been there, usually when we’re in a hurry. You need to get that text message sent off asap and it’s that moment spell check (or auto correct as our American cousins call it) starts to pull all sorts of weirdness. Spare a thought then for these poor unfortunates, who pressed send BEFORE they spotted the changes, with hilarious consequences. I laughed until I almost posted myself (work it our for yourself).

Dubbed the new Rolling Stones, placed in Vogues ‘Hot List’ for 2013 and hand picked by Paul Weller to support him in concert, The Strypes are the hottest thing to come out of Ireland…possibly ever.

The smartly dressed four piece band hail from my modest home town of Cavan in the republic and have been wowing audiences with punky stripped down R&B that is reminiscent of the early Stones.

I am a massive fan of 60’s music and of course I am biased about this lot because I knew of them when they first got together as a band. They are tipped to be one of the biggest upcoming artists of 2013 and signed a deal with Mercury Records in December.

The funky foursome ooze confidence and don’t seem to be fazed by the instant fame they seem to have obtained almost over night, but the most amazing thing is that their ages range from a very young 14 up to 16.

Imagine this; it’s a Friday night and you’ve popped into your local corner shop to pick up some beers, when all of a sudden, the shelves come alive and packets of peanuts and tins of beans start bopping to music.
Jamaican lager brand Red Stripe set up a stunt in an East London corner shop which stunned shoppers who reached for a can of brew.
The whole thing was caught on camera and quickly went viral on YouTube.
If you are looking for a pick me up today then look no further than this charming video!

Luckily I am more of a McDonalds fan than a KFC one but for student Ibrahim Langoo his recent experience at a KFC food chain will most likely leave him traumatised for life. Whilst tucking into his Gladiator meal box, he came across something that scarily resembled a brain inside a piece of his chicken. The matter was something the distributed student could only describe as a ‘horrible wrinkled foreign body’. KFC did release an apology but added they in fact thought it was a kidney and not a brain…but whether it was a kidney, a brain or any other part of the chicken; I think this story should encourage all those New Year’s resolutions of being healthy!