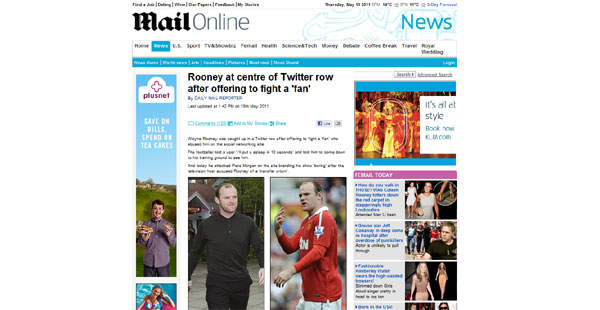 Please let us know what you think of our links via our twitter or facebook pages – it’s always nice to hear from you and we welcome any suggestions for links for our next blog.

We all know it’s common to take a bike on the train however one man went to extremes this week when he tried to board a train with his pony. After trying to buy a ticket for himself and the animal he was told that the pony was not allowed in the carriages.  Station staff thought the due had left, until they were spotted on CCTV taking the lift to the platform, and proceeding to attempt to board the 7:02am service from Wrexham to Holyhead.  Following much confrontation the man finally left the station with the animal in tow, leaving staff baffled as to why he wanted to commute with a pony in the first place.

Rewarding your top staff for their endeavours is nothing new in the world of business. Some companies give bottles of champagne to their worker of the week, while others give end of year bonuses to their most productive members of staff.  But it’s now been revealed that a German insurance firm took its staff rewards to a whole new – and possibly illegal – level. Insurance giant Munich Re is reported to have held a party for its top salesmen in 2007 which rewarded their efforts with the services of prostitutes.  German business newspaper Handelsblatt claims that 100 guests attended a party held by the firm, where 20 prostitutes were hired to “entertain” salesmen for their efforts. A spokesman for the company has since said that it is “not the usual way of rewarding employees”.

APPLE CELEBRATES THE FRUIT OF ITS LABOURS (Linsay)

With ipods and ipads so entrenched in our culture these days, it’s hard to recall the days before touch screen tablets or mp3s hit the shelves. And it’s even harder to remember when electronics giant Apple didn’t have a tight grip on the market. But while the rise of Apple is a phenomenon that has taken the world by storm, it’s surprising to find out that it is just 10 years since the very first Apple Store opened in Glendale, California. When unveiled in 2001, few could have predicted how vast the Apple empire would grow in just a decade  and how pioneering its products would become.  This retrospective looks at the how the Apple Store concept has developed in just 10 years to become the global power it is today./

THE GREATEST MARRIAGE PROPOSAL EVER? (Laura)

Most girls dream about the moment when they are proposed too hoping that it will be as romantic as those scenes filmed for the movies – well now one fiancé to be has ensure that his proposal is one worthy of the big screen by proposing to his girlfriend via a movie trailer. The creative trailer shows boyfriend Matt Still asking his Girlfriend Ginny’s Father’s hand in marriage and then rushing to the cinema to get down on one knee. The YouTube screening of the trailer shows Ginny’s live reaction as she realises that its her boyfriend who is about to propose. Already the video has received over 2 and a half million views and has been dubbed as one of the most romantic marriage proposals ever. How embarrassing would it have been though if Ginny had said no? Would probably have earned twice as many views!

Footballer Wayne Rooney isn’t known for his deft people skills and has come under the spotlight several times over the past few years for his angry outburst and now it seems that he is taking his fiery temper to Twitter. Rooney hit the headlines today after it emerged he goaded a fan to fight with him via his page @WayneRooney. Considering he is meant to be a role model to wannabe young footballers all over the world Wayne’s actions are nothing short but disgusting and show him as the base, foul mouthed lout that the papers have so readily painted him as. It is one thing living up to your reputation but when that reputation paints you in a negative light – you should be pulling out all the stops to create a much more positive image of yourself. Looking Wayne’s previous tweets which include a slurry of abuse to fellow celebrities including Piers Morgan, I don’t think this will happen anytime soon.