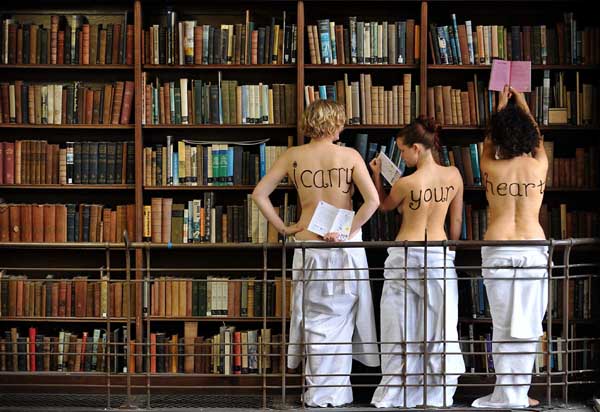 SEO fanatics with a penchant for inked up body art have been given the opportunity to unite both passions with a very unusual competition!
Tattoo lovers at Dundee based SEO and design agency Hitreach are challenging entrants to match the tattoo to its famous owner to bag £1300 in prizes! Cash towards their own tattoo, a one year license for Hitreach’s Link Building Toolbar and access to the Jon Cooper Link Building course are just a few of the prizes in store!
If this sounds right up your alleyway, get matching the tats here:

Ever felt that getting ready for holiday, and taking that exciting, yet inevitably nerve wracking trip to the station/airport, would be a lot less stressful without the inelegant humping of suitcases? Well, once again, its time for a hats-off-to-technology, as the cargocollective.com unveil their latest invention, which eliminates this undignified process – Hop. Hop is a suitcase which follows the user around, at a constant distance, through identifying and triangulating different signals coming form the users mobile phone. A microcontroller interprets these signals calculating the phone’s position regarding to the suitcase and the same microcontroller operates a caterpillar system based on compressed air, which follows the user at a constant distance. Although I find myself saying this far too often here, once again – I want one.

Having only graduated a couple of months ago my self, I am all too aware of the dreaded ‘job hunt’ and how competitive the job market currently is for graduates. It is unsurprising that in order to buy some time many are finding themselves other means of employment; retail, call centres and bar work are all good wage earners until that dream job pops up. The role of ‘humanscare crow’ however has never popped up in any job search I’ve embarked on! But that’s just the role a 22 year old English and Music graduate has landed himself! Jamie Fox is paid £250 a week to sit in the middle of a field and chase off birds. Doesn’t sound the most glamourous of positions, although £250 a week to sit in a field and occasionally scare off the odd seagull? I can think of worse jobs!

For the last year or so my Facebook newsfeed has been populated with news of both marriage and babies, something which definitely makes you feel like you are getting older. As well as this my conversations with friends are constantly centred on the future- what we want to do, what our weddings will be like and how many kids we want. However there are friends of mine who are definitely sceptical about marriage and the like. A recent poll by the Girl Guides found that young girls are increasingly questioning marriage and the value of it. What’s interesting is that boys are less sceptical about it all. Something you definitely wouldn’t have guessed.

The latest internet success story is a website created by three Yale classmates which aims to translate rap lyrics for the common man.
Tech investment firm Andreessen Horowitz, who were one of the early investors in Twitter, have recently put $15 million into Rapgenius.com – which is reportedly regularly visited by Mark Zuckerberg.
The site publishes the lyrics of rap songs and allows its users to submit annotations of the content – with its creators describing it as ‘something you can look at in your dorm, when you’re on drugs’.
Attracting up to 500,000 page views per day, it’s owners believe it will, one year from now, be the biggest site on the internet…