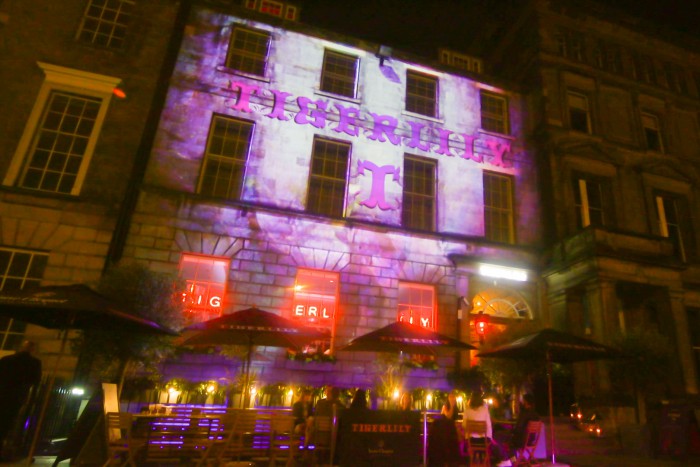 TIGERLILY, Edinburgh’s new luxury hotel, bar and restaurant concept, is in the running to win its first award – just two months after opening.

Tigerlily has been nominated as a finalist in the Best Hotel Design (bedroom and bathrooms interiors) category in the 2006 European Hotel Design Awards.

Tigerlily opened at the end of June and has already won a legion of admirers for the way it has successfully blended understated Georgian opulence with contemporary cool to create a stunning one-off venue.

General Manager David Hall said the award is a huge accolade for everyone involved in the Tigerlily.

He said: “To be in the running for such a major award just a few weeks after we opened says everything about the look and style of Tigerlily.  But in truth the work on conceiving the design of Tigerlily began some 18 months before we opened. Tigerlily is designed to rival the best boutique hotels in the world – and this award shows that we are already on the right road.”

Each bedroom is individually styled in an explosion of colour, fabrics and textures. The suites retain original Georgian features to compliment the bespoke furniture and the four-poster beds, fused with modern additions such as plasma screens, video spas, iPods and sleek bathrooms.

Tigerlily also features two chic bars, a 200 cover restaurant and a glamorous subterranean club Lulu, which is due to open in early October.

The winners in the European Hotel Design Awards will be announced at a ceremony at London’s Old Billingsgate Market on November 8.

Getting in touch with our team couldn’t be easier. Phone us on 0131 561 2244, or take a few seconds to fill and submit the simple form below and we’ll get straight back to you: