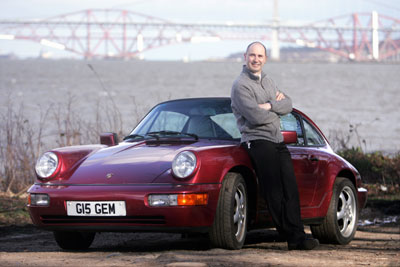 If you think you can do better then we want to hear about it on our facebook or twitter pages. Come on…..Sharing is caring.

Talk about wasting police time! Police officers in Newcastle have released a mug shot of a hamster they found breaking into their Forest Hall police station, in the hopes of tracking down its owner. Whilst he may not have stolen anything, the unlikely intruder did cause some havoc when officers tried to arrest him and has remained stony faced and tight lipped over his identity ever since. It’s unusual to find a random hamster in a Police station and officers are hoping they can track the owner down before they have to send him to the prison pet shop. Whilst he may be a bit of furry fun for now….surely the officers have more important things to be doing with their time such as fighting criminals with considerably less fur.

What do you get when you mash up one of the most annoyingly saccharine and pointless pop songs ever to bother the charts, with the modern media’s biggest ever scandal?

This hilarious parody video which would be well worth a page lead in The Sun, if only it wasn’t so close to home

Germany’s Nazi history is rightly abhorred by the majority of modern-day Europeans, but that hasn’t stopped small groups of extremists from holding Hitler and his cohorts up as paragons of supremacy. And the veracity of the country’s Neo-Nazis has now led a local German parish to exhume the bones of its most notorious graveyard resident Rudolf Hess.

One of the few top ranking Nazis who was not executed after the Nuremberg trials, Hess was imprisoned for life for his “crimes against peace” at Spandau Prison, where he became a rallying figure for Germany’s Neo-Nazis. Following his suicide in 1987, his grave in Wunsiedel, south Germany, became a shrine for extremists who flocked to it every year on the anniversary of his death.

Clearly the town residents and church leaders have had enough of their Bavarian home being invaded by nutters once a year and have taken the radical step of destroying the grave and exhuming Hess’s remains – so that they can be cremated and scattered in secret. Quite right too.

The funniest bit I remember from the movie Bruce Almighty is when Jim Carrey’s character makes his colleague at the news station (played by Steve Carrell) unable to speak properly. This video uses that clip but applies to a dog with laugh out loud results. Well, I think so anyway. My colleagues will be able to verify that this made me both laugh out loud and cry with laughter. It’s been watched nearly 900,00 times so it must be tickling some people’s fancy.

YOU CAN’T PARK THAT THERE (Pamela)

Check out this maniac out.  A driver of a brand new Porsche managed to lose complete control of his car, and cartwheels the vehicle over a wall, landing relatively neatly in a parking space.  But what’s more amazing – the driver walks away without a scratch.  You could say that he was lucky, but he did lose his most prized possession in the process.  Poor Porsche Cayman.  Never even saw it coming.