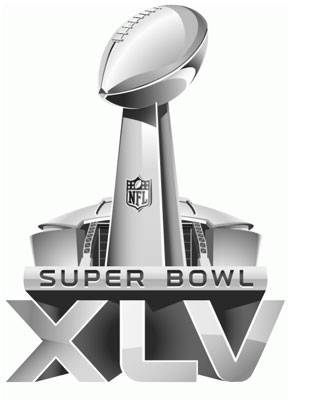 It’s no exaggeration to say that the USA does things bigger and better than the rest of the world.

Adverts, branding, PR strategies… no matter what the promotion, it’s likely to be an opulent and impressive affair if it takes place in the States. And even in these days of economic downturn and gloom, it’s interesting to see many of the biggest names in business happily spending vast sums of money on showcasing their wares.

Take the Superbowl, for example. To us in Blighty, it’s little more than an extravagent sporting event featuring a bunch of over-paid egg-chasers in protective padding – or, as Charlie Brooker would say, two teams of millionaires ruining a lawn.

However, in the U.S. this sporting spectacle is the pinnacle of TV entertainment that attracts hundreds of millions of viewers annually. And the nation’s mega-rich companies are only too happy to pay top dollar to secure a slot during the ad breaks.

It seem’s bizarre to us that any TV event could charge up to $100,000 a second for advertising and brand promotion (yes, you read that right. $100,000 PER SECOND.) Just imagine Moonpig or Funky Pigeon paying that kind of cash during the X-Factor. Yet Doritos, Budweiser et al are only to happy to splurge the cash for a 30 second promo during the Superbowl broadcast.

In the past, of course, many of these ads wouldn’t be seen outside of American broadcast borders – which meant that the PR misses would be safe from the prying eyes of the rest of the world. But in recent years this has been steadily changing. The internet has opened up the spectacle to overseas markets and the adverts are now being viewed by a potential global audience of billions.

The interwebs have already been ablaze with reaction following Sunday’s showpiece – where, if anyone is interested, the Green Bay Packers beat the Pittsburgh Steelers – and a flurry of judgement has been metered out on twitter over every nuance of the event. The Black Eyed Peas shambolic half time performance has already been singled out as a huge PR failure, while the result of the game has been viewed as a potential PR embarrassment that was luckily avoided – as the Steeler’s controversial quarterback Ben Roethlisberger (alleged to have been at the centre of a sexual assualt case earlier in the season) was prevented from getting his hands on the Vince Lombardi trophy by a triumphant Green Bay team.

Likewise, the twitterverse has also cast its glare over the various adverts that were featured in the broadcast to find the PR hits and misses. And while a quick Google check will highlight the worst of the bunch – including a domestic violence-fuelled Pepsi promo and a Daily Mail-confusing segment for Go Daddy featuring septugenarian Joan Rivers’ head superimposed on a supermodel’s body – the best one deserves to be heralded and shared.

Now Volkswagen aren’t renowned for great campaigns or adverts. I guess they still have a bit of a chip on their shoulder about that whole Hitler’s people-mobile thing in the 1930s, but their offerings are generally awful. Yes, even the whole “sounds like a Golf” thing or that oh-so-clever one from the 80’s where the spurned wife throws her wedding ring away but it’s OK because she still has her trusty VW – they were both pretty dire.

So it’s a nice surprise that their latest advert is actually a genuinely sweet and uplifting piece of TV – and a great example of how something small and understated can make a big impression. There’s nothing flashy or gimmicky here, nor any big name celebrities or groundbreaking special effects. Just a great concept that is perfectly executed.

And hey, who doesn’t love the idea of a little kid in a Darth Vader costume trying to manipulate household items with his mind?

There’s a lot of companies that should sit up and take note from this minute-long video. Yes, you can spend a fortune on focus groups and researching the perfect PR success, but it won’t neccessarily generate the results that you’re looking for. Instead, trust your gut instinct and remember that even a simple idea can be turned into a PR dream that will be viewed by millions.

Of course, there are also times when a flashy concept can grow wings and turn into a viral meme before you know it – but a healthy dose of irony and humour will usually help with this. Just ask the Old Spice guys…