The Haunting History of Halloween 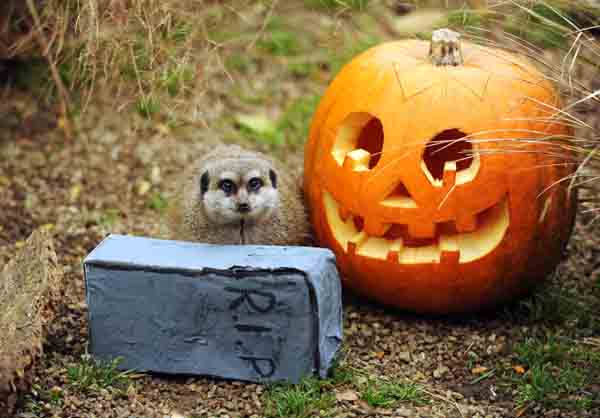 So, it turns out pumpkin carving is not quite the fun activity social rhetoric ‘carves’ it out to be.

Not only did my first ever creation end up a fragmented pavement wreck, but my second attempt was even more frustrating, decidedly less fruitful and resulted in pumpkin pith plastering my tights.

The only positive to come out of the whole debacle is that I can now attribute having no memory of making the darn things growing up to rage blackouts.

However, the many frustrations incurred by this seasonal activity allowed me a chance to reflect on the Halloween tradition (my original plan was to get it over with as quickly as possible – but working with sharp knives while in the midst of uncontrollable fury, is rarely a good idea, so I punctuated the process with regular breaks).

During these ‘time outs’ I made it my mission to find out more – where did these apparently ludicrous customs really start?

Contemporary Halloween is actually based on an ancient Celtic holiday known as Samhain, meaning ‘summer’s end’. Symbolising the end of the Celtic year, the 31st of October was seen as a sacred evening, offering the opportunity to honour loved ones who had passed away.

It was believed that on this night the veil between the world of the living and that of the dead was at its thinnest, and jack-o-lanterns made from turnips or gourds were placed in windows and on porches.

These glowing orbs served a dual purpose, both welcoming deceased loved ones while guarding against malevolent spirits. It wasn’t until 1584 that Europeans first discovered Pumpkins, through French explorer Jaques Cartier’s ‘big melons’ find.

Unfortunately the translation for ‘gros melons’ at the time was ‘ponpions’ or pumpkins, otherwise I can see tradition haven taken a different, perhaps slightly less family friendly, route.

Pumpkin carving seems to be one of those things that began as a small part of a historical, cultural ritual, but which over time has crept gradually from the shadows until its flickering glow is centre stage.

What started as a symbol has become the raison d’être – no one knows why they do it, but yet they still spend time and money (and in my case tears) on coming up with these ghoulish creations.

That said, there is no going back for me and my pumpkin carving career. After this year’s epic fail(s) I plan to put in some serious preparation for next year.

Not only will my offering to the world of the dead be big, bright and orange, it will also be dexterously imprinted. Just in case the evil spirited spirits are in any doubt of my knife skills.