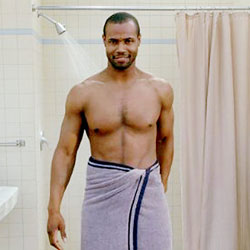 found at the back of bathroom cabinets building up dust.

While its share of the US market has always been strong, the UK fragrance counters have not stocked Old Spice on the top-shelf for years – this is all to change, thanks to a new advertising campaign.

The ivory bottle with its classic image of the sail boat may remind you more of your grandfather than a topless toned physique.

Old Spice are planning on targeting a whole new market through its effective viral advertising campaign, linked directly to their social media.

The new viral ad features the rather delectable Isaiah Mustafa who played the face of Old Spice in their traditional advertising campaign carried out throughout February. Mustafa takes on a more interactive and personal role with this campaign – the idea is that individuals can send Old Spice Man a message, which he will then reply to through his youtube video.

Old Spice are generating a lot of new coverage through this campaign – by successfully utilising social media and encouraging consumers to interact with the product, Old Spice are sure to reach the new and younger audience.

The campaign is part of a worldwide social media push implemented by Old Spice.

Companies must recognise the importance of the individual when selling products, it is no longer about what the product represents but what the consumer wants it to be – Old Spice are allowing consumers to create narrative for  its product which will gain interest and enforce brand image and associations. 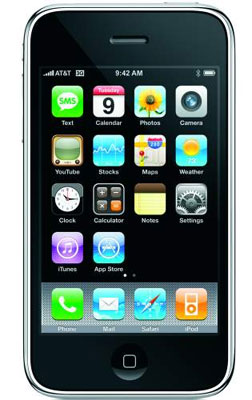 Apple’s newest release the iphone 4 has come under scrutiny due to faults with the phone – this saw Apple’s shares dropped considerably as many are speculating a mass recall of its newest product.

Apple products have been tainted previously with technical problems; while the company has never carried out a recall of its products, as such a move can damage both the company, brand and product image.

At times Apple can be overly protected of their products, relying more on the brand image to see them through negative reviews.

With growing reviews being unfavourable towards the iphone 4, stating its has problems with reception – in true Apple form the company has decided to stay silent about this, releasing only one statement saying the problem is both ‘simple and surprising’. They apparently calculated to reception bars wrong for the new handset within the new operating system – this has now been rectified and they will be releasing the new software that incorporates the correct formula within the next few weeks.

The iphone 4 was Apple’s most successful product launch. However the reaction Apple has taken to the criticism of its product is not surprising. They will need to keep a close eye on how they handle this situation to ensure no further damage is incurred – if Apple can rectify the product, while keeping the negative opinions at bay, the almost unstoppable growth of the brand should continue.

Apple are a conglomerate on the consumer electronics landscape, owning the largest share of the US market – the ability to sustain their grown through innovation and reinvention must be maintained, and not be continually tarnished through product malfunctions.