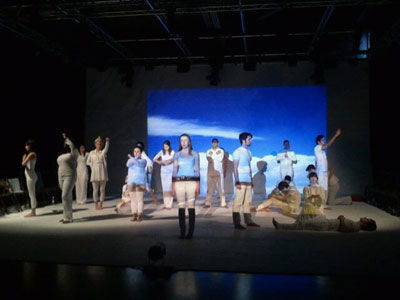 Edinburgh’s Telford College is big news in the city, featuring on the Edinburgh Reporter for a new stage production.

Students at the college staged The Laramie Project ealier this month as part of the college’s Lesbian, Gay, Bisexual and Transgender (LGBT) history month.

The Laramie Project tells the story of Matthew Sheppard who was brutally murdered for being gay on the outskirts of Laramie, Wyoming.

A month after the murder members of the Tectonic Theatre travelled to Laramie and conducted interviews with people from the town.

From these came came the play The Laramie Project which has become known as one of the most celebrated plays of the decade.

The full article can be viewed on the Edinburgh Reporter website and was secured on behalf of Edinburgh Telford College thanks to an ongoing PR Scotland campaign by Holyrood PR.