A Midlothian golf club has received a crucial injection in funds as work gets underway on a new residential development.

The 56 home CALA Homes site, on land formerly used as a practice ground at Broomieknowe Golf Club, will include a mix of high quality homes, including on site provision for 14 affordable homes.

Following the development’s overwhelming backing by local councillors and support from the golf club, the purchase of the golf club owned land ensures the proceeds of the sale are kept local, invested back into the club as part of a wider strategy including clubhouse and course improvements.

John White, Captain of Broomieknowe Golf Club, said: “It is greatly important to the wider area that as we retain our role as a leading golf club in Midlothian and to do that we have to be able to fund necessary improvements.

“With approximately 800 members, playing and social, the Club is firmly at the heart of the community and its success is felt throughout the Club and across the wider area.

“After years of discussion, we’re delighted that CALA is now progressing the site and in doing so increasing our potential membership base.”

The Broomieknowe plans are for 42 detached homes, eight cottages and six terraces.  Acknowledging the importance of maintaining the wider greenbelt for the community, CALA has ensured its development will include open space.

The new homes are expected to be met with considerable demand, with the first homes expected to go on sale in January 2017, with first occupation next summer.

The site, which is part of a wider strategy of land release across Midlothian, is the culmination of more than 10 years of effort from CALA and the club to secure the investment.

Derek Lawson, Land Director at CALA Homes (East), said: “Having taken many years of community consultation and careful design, we are delighted to have made a start on such an important project.”

“We would like to thank the immediate neighbours in Viewbank Avenue who have engaged positively through the planning process which has helped to guarantee the best possible outcomes for both the wider community and CALA.

“It was very important to us that these plans were passed at the local level. It reflects the emerging Local Plan, which sets a clear direction for communities.”

CALA Homes is headquartered in Scotland and employs 600 people and earned its reputation on the high quality of the homes it builds, which are sensitively designed to augment the areas in which they are located.

Are your business communications getting the right message across?

Holyrood PR are a multi-award winning team of communicators, committed to getting a powerful business-boosting message across to your key audience. Get in touch using the form below, or give us a ring on 0131 561 2244 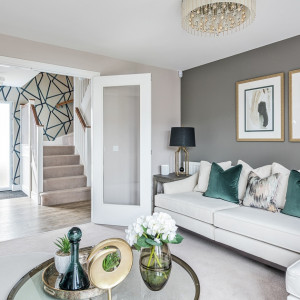 Trio of showhomes launch to entice buyers to East Lothian