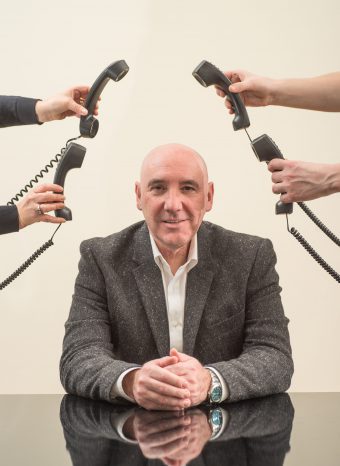 The rapid advancement of cloud computing – and a re-emergence of the value of personal communication – has helped a Scottish firm achieve a record number of new telephone connections for businesses and organisations, thanks to our pr company in scotland.

However data for the UK and Europe shows that Edinburgh headquartered Commsworld is ahead of the curve and bucking the wider trend, with the overall telephony market falling five percent year on year (2015).

As Scotland’s largest independent telecommunications and digital services provider, the firm has engaged in deploying circa 13,000 connections this calendar year (more than six times the figure at this stage in previous years) – and already the first time it has broken 13,000 connections for a single year in over 21 years of business.

Key to its recent success has been the growth in sales of its Voice over Internet Protocol (VoIP) services. VoIP is the technology that converts calls into data and sends the calls over the internet rather than a landline. It allows users to easily move between desks, keeping their own numbers and profiles while slashing running costs.

Ricky Nicol, Chief Executive of Commsworld, said: “When VoIP first appeared on the scene over a decade ago it was certainly exciting, but it struggled against the resilience, speed and practicality of landline systems.

“Plainly speaking, it suddenly makes a huge amount of sense and is especially exciting that smaller Scottish firms can now benefit – thanks to the advancement of networks and cloud services they no longer need the rooms full of expensive hardware.”

The firm, which has grown to 63 staff, has assisted businesses across both the commercial and public sector with telephony solutions, including its most significant recent contract with the City of Edinburgh Council – which will see it connect 12,500 end points along with a 280 seat Contact Centre.

With recently supercharged ultra-resilient networks, such as CityFibre’s Gigabit-speed CORE Networks in Edinburgh and Aberdeen 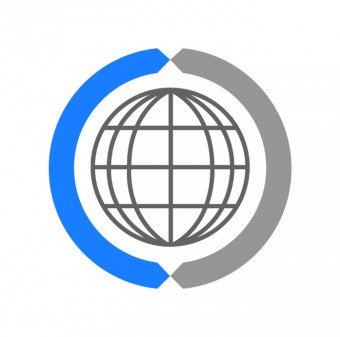 , paired with the huge advancement of cloud technology, VoIP has become an increasingly reliable, viable option for smaller businesses.

Cloud based VoIP allows for call routing to take place in a secure data centre connected to the internet, rather than bulky hardware installed in a firm’s building. This results in a phone system with lower upfront costs, with fixed pricing and maintenance. It can also grow as the business does and be easily managed and adapted internally.

Ricky added: “If voice communications had just been invented for the first time and were a new technology, the buzz around it would be incredible.

“It remains an essential tool for business, if you want to get something done instantly – you don’t just send a trail of emails, you more than likely pick up the phone.

“This in itself isn’t new – but what is changing is how we are now using voice communications – it is much more likely to be integrated, and the growth of telephony using internet connections is helping businesses every day, bringing down costs and improving flexibility.”

“Historically businesses held onto their telephony systems for a long time, sometimes up to 20 years because it worked and they didn’t really need to replace it. However, with such life spans, businesses are finding their current voice solution is coming to end of life therefore they are reviewing the possibility of replacing their voice infrastructure to a virtualised IP solution.”

“Where in the past the client’s system would consist of numerous Private Branch Exchanges (a private network within a company), now they can replace the system and have a virtual IPT server to cover the whole business, keeping the same traditional telephony features but reaping the benefits of unified communications.” 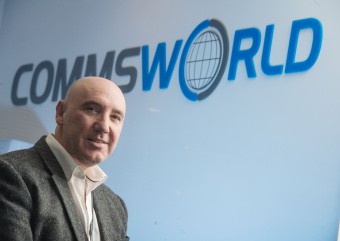 Commsworld’s integral role in the Council ICT project is to deliver a 400 site Wide Area Network (WAN), delivering faster and more reliable connectivity for schools, libraries and other council buildings.

The WAN will utilise Edinburgh CORE – the “Pure Fibre” network Commsworld launched in May 2015 with infrastructure provider, CityFibre.

A WAN allows a large organisation spread over a large geographic area and across multiple sites – such as a local authority – to relay information among staff, students, clients, buyers and suppliers. In essence, the WAN allows a business to effectively carry out its daily function regardless of location.

Want to know how our pr company in scotland can supercharge your coverage? 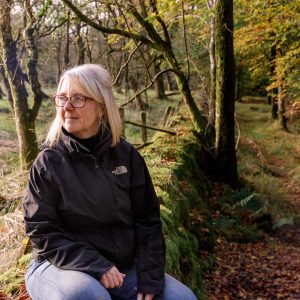