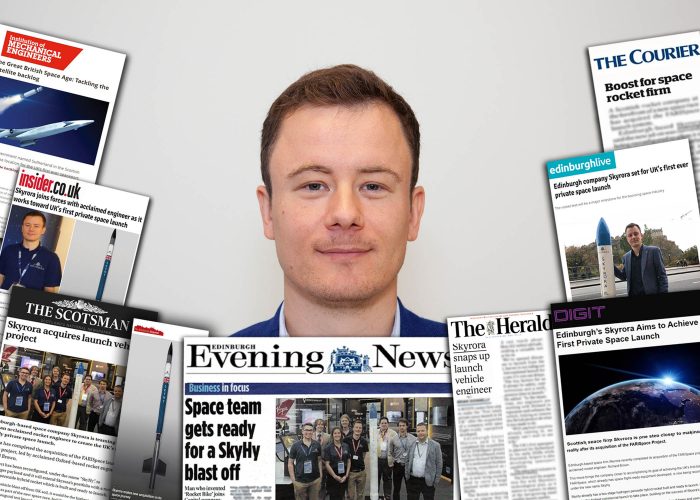 WHEN Skyrora told us it was working with an experienced rocket engineer to create the first totally private space launch in the UK, we were excited to make sure it made big news across the media.

FARISpace has been reconfigured by Skyrora in order to carry a larger payload under the name ‘SkyHy’ as the company builds on the success of its inaugural test launch last summer.

We utilised our contact book to ensure the story was propelled into the media orbit and seen by as many people as possible.

Our team of Tech PR experts’ work generated a host of top results including:

The broad range of coverage is essential as Skyrora continues to grow in order to improve its presence among the public and key stakeholders.

Not only does it raise awareness of the great work it’s doing from its base on Edinburgh’s Princes Street, but it also inspires potential customers to find out more about its operations.

DO YOU WANT TO LAUNCH YOUR COMPANY INTO THE MEDIA STRATOSPHERE?

Get in touch with one of our Tech PR experts today to find out how we can help your business make the headlines.