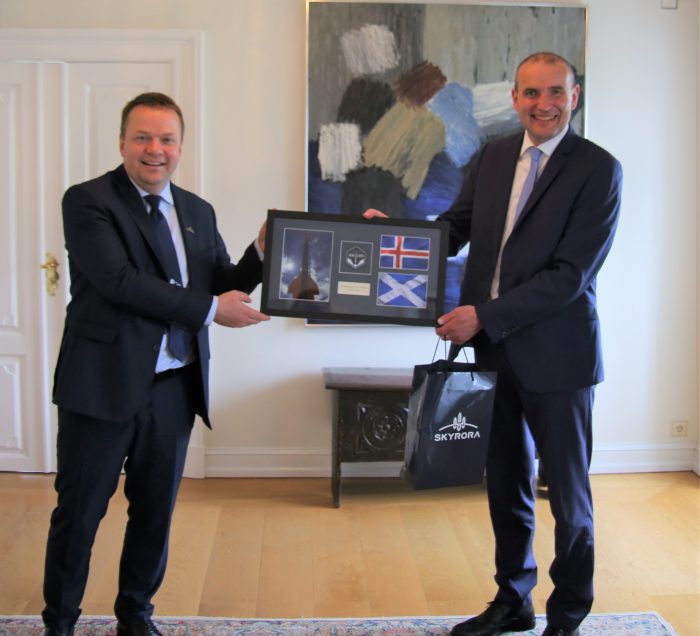 A SCOTTISH rocket company picked up a lauded environmental award during a visit to one the “greenest countries in the world” – where it also launched a rocket to 26.86km and met with the country’s president.

The company claims that, when Ecosene becomes commercially available, it could reduce 400 thousand tonnes (equivalent to 53 lorries) of unrecyclable plastic waste a year.

At the same time, it would stop Skyrora from using limited kerosene resources and minimise Skyrora’s own carbon footprint, and that of the aviation industry, too.

Volodymyr Levykin, CEO of Skyrora said: “This came as a great surprise during our short visit to Iceland and I’m delighted that in addition to our successful rocket launch, Skyrora also received the prestigious Leif Erikson Lunar Prize award in Iceland, the world’s second most highly performing country in environmental issues.

“Global climate change is extremely important for everybody at Skyrora and we see it as our mission and duty to be as environmentally conscious as possible.

“Receiving the Leif Erikson award during our seven-day trip to Iceland goes to show how much potential Ecosene has, not only for the company but for the future of the global space industry.” 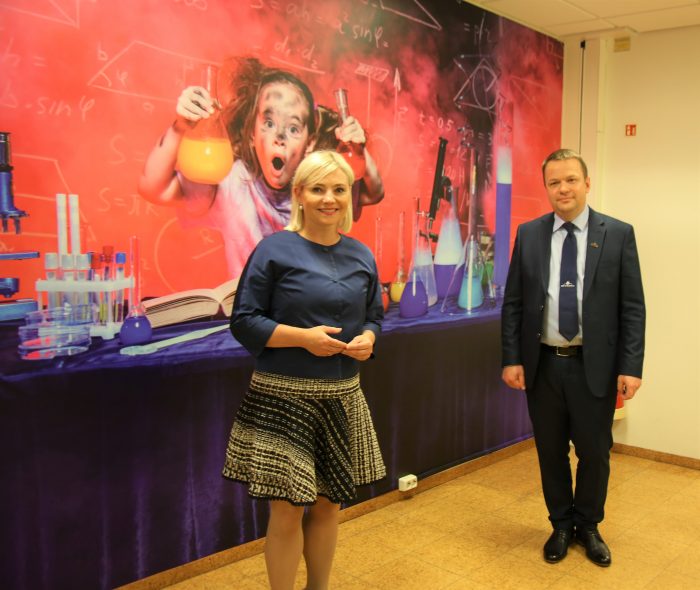 The Leif Erikson Awards, sometimes also referred to as the ‘Exploration’ awards, are awarded annually by the Exploration Museum in Husavik, Iceland for achievements in exploration and for the work in the field of exploration history.

They are awarded in three categories: 1) an explorer for a lifetime achievement in exploration; 2) to a young explorer under the age of 35 for achievements in exploration and 3) to a person or an organisation that has worked to promote and preserve exploration history. 2020 marks the six -year anniversary of the Leif Erikson Awards.

Leif Erikson was a Norse explorer from Iceland and is thought to be the first known European to have set foot on continental North America, approximately half a millennium before Christopher Columbus.

During Skyrora’s preparations for launching its Skylark Micro visit, Volodymyr Levykin along with managers Derek Harris and Katie Miller also met with the president of Iceland, Guðni Th. Jóhannesson, as well as the Minister of Education and Culture and the Minister of Environment. They discussed the company, the Skylark Micro Mission and its current and future plans in Iceland.