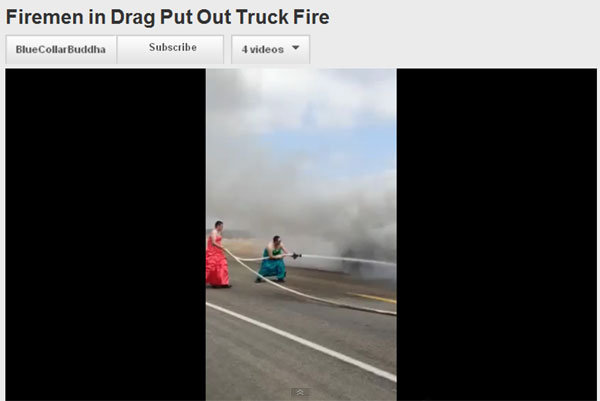 We’re all over the social media map, so check us out on Facebook, Twitter, Linkedin and Google +.

DRAG QUEENS TO THE RESCUE (Emma)

Two firemen were caught off guard recently when they unexpectedly had to extinguish a huge blaze.  The pair were off-duty and were about to take part in a St Patrick’s Day parade when the incident occured, but when a truck suddenly went on fire, they had to jump in and save the day.  The best part of the story is that when this all happened, the men were fully dressed in women’s floor length gowns.  The hilarious incident was captured on a mobile phone and since it was uploaded to Youtube it has already recieved over 100,000 hits.
http://www.youtube.com/watch?v=evN_Y749UFQ&feature=player_embedded

Edinburgh is famous for its festivals throughout the year- the film festival, the fringe festival and the book festival to name a few. The next festival on the calendar is the Edinburgh International Science Festival which will run from the 30th of March to 15th of April. Although science may not be everybody’s cup of tea, it seems that this year has something for everyone to enjoy. Derren Brown, Robin Ince, and aphrodisiac canapés are all featuring in this year’s festival and it seems a good opportunity to learn something interesting whilst having fun.
http://www.scotsman.com/news/edinburgh-international-science-festival-four-of-the-best-1-2197128

Should employers be able to ask job applicants for their facebook passwords?

There’s a growing trend among US employers to ask prospective employees to hand over their login details as part of the job application process. But whilst this may provide access to more information about a job applicant, is it legal?
Two Democrat senators are demanding a federal investigation into the practice to establish if employers are breaking the law. They are concerned that otherwise well-qualified applicants could be treated unfairly or discriminated against, based on private information.
Facebook have openly condemned the practice.
You can have your say at:http://www.guardian.co.uk/commentisfree/cifamerica/poll/2012/mar/26/employer-facebook-password-poll

Being in the video production world, one of the things that I struggle with is the storyboards and how to make them to interesting and tell the story. Well, I usually think that I am ok with keeping up to date with the latest YouTube trends but this one snuck by me. Millions of viewers have been watching ‘literal’ music videos where the song is played in full but instead of the words being sung it is the movement or picture in the video. I found these genius and very funny.

There are loads to choose from online but I decided to use the Dead or Alive song, ‘You Spin Me Round’. Have a watch
https://www.holyroodpr.co.uk/4704

Beef Products Inc, otherwise known as the makers of ‘pink slime’ has announced the closure of three or four of its plants where the slithery meat product is made.
However, the closures have been deemed unfair by food industry experts who added that the PR was handled poorly.
Food safety lawyer, Bill Marler, praised the firm for their dedication to fighting for food safety and said the grinder could have easily been avoided if BPI properly informed consumers of the process it used to make what’s known as “lean, finely textured beef.”
Lessons to be learnt then, however, you have to question whether ridding the public of the meat the same lawyer branded as ‘gross stuff’ isn’t a bad thing.
http://www.southcoasttoday.com/apps/pbcs.dll/article?AID=/20120327/NEWS19/203270350/-1/NEWSMAP 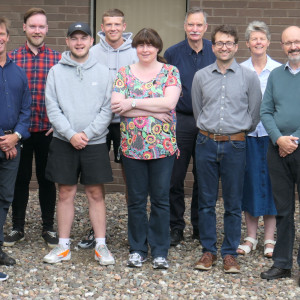 Return of a favourite employee at Mackie’s Crisps hits the headlines, thanks to food & drink PR experts. 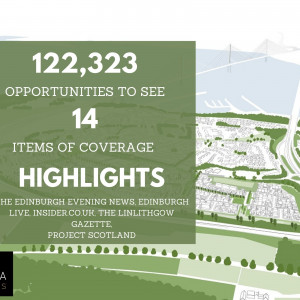