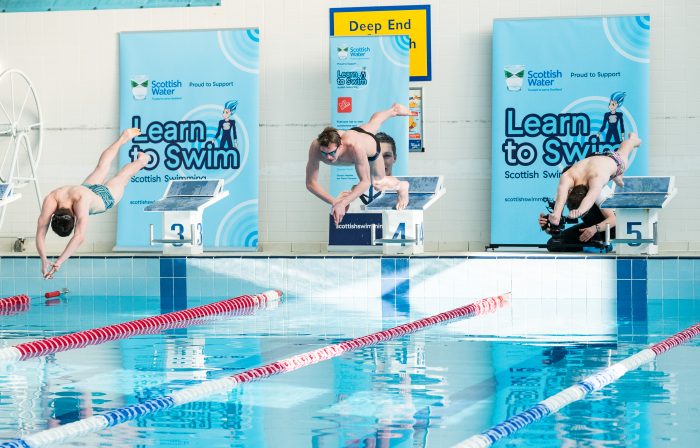 CHILDREN in North Lanarkshire are being given the once-in-a-lifetime chance to race one of Scotland’s most successful athletes.

Duncan Scott will be challenging youngsters to test their speed against him in a knockout competition during his visit to celebrate the success of an initiative that is already helping 5,500 kids in the region to learn to swim.

The Olympic medallist, World, Commonwealth and European Champion will join 40 children who are part of the national Learn to Swim Framework which operates in eight pools across the region.

Delivered by North Lanarkshire Leisure, in partnership with Scottish Swimming and Scottish Water, the Learn to Swim Framework teaches children of all abilities from birth upwards.

The official event will take place on the 2nd February at Tryst Sports Centre in Cumbernauld, and will see Duncan and the children showcase a Learn to Swim lesson.

There will also be a question-and-answer session to quiz Duncan on his life and sporting experiences, and learn more of his top swimming tips.

Duncan, who proudly takes on the role of Learn to Swim Ambassador, said: “I’m keen to see if there are any contenders who’ll be able to match my speed.

“I’m really looking forward to meeting the kids in North Lanarkshire to share my passion for swimming as it’s such an important sport: it’s fantastic for your health, it’s good fun and it’s a key life skill that’s important to learn from a young age.”

Kids in the area are also being invited to a free afternoon of fun in the water as Tryst Sports Centre will be rolling out a giant inflatable obstacle course for everyone to play on. 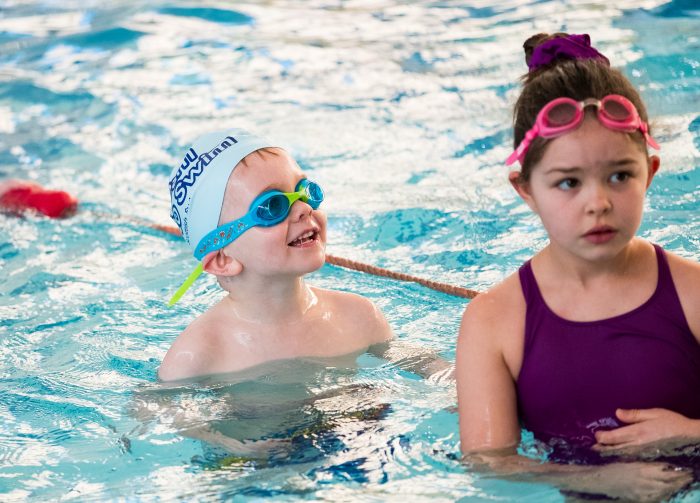 Duncan won six medals at the Gold Coast Commonwealth Games in Australia last year – the most won ever by a Scottish athlete at a single Games. His other achievements include becoming Scotland’s Sportsperson of the Year and Swimming Athlete of the Year for 2018.

Emma Walker, Managing Director at North Lanarkshire Leisure, said: “Though our Learn to Swim lessons are very popular we’ve no doubt that Duncan Scott’s visit will spark a new wave of enthusiasm for swimming. He’s such a fantastic role model for young people and we’re looking forward to welcoming him.”

Forbes Dunlop, CEO of Scottish Swimming, said: “By doing what we can to make sure children can learn to swim from a young age, we’re hoping to not just create a happier and healthier Scotland, but a safer one too.”

A recent study of the impact of Scottish Swimming ‘s National Learn to Swim Framework supported by Scottish Water has found overwhelming approval from parents and from managers tasked with delivering the lessons across Scotland.

Brian Lironi, Director of Corporate Affairs for Scottish Water, said: “With an estimated 40% of children unable to swim by the time they leave primary school, there has never been a more crucial time to roll out this national Framework for Scotland.

“We’re very proud to support this programme and hope that it will build confidence and safety around water.”

Finding out how our public sector PR experts could help your company couldn’t be easier.