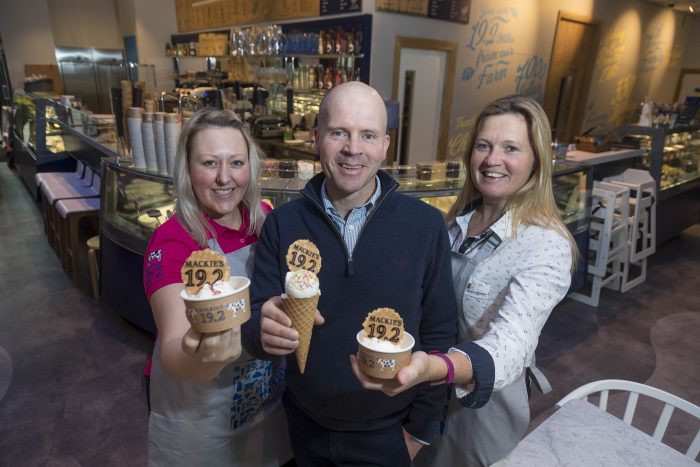 LUXURY ice cream was the nation’s choice of sweet treat over the summer months with Scotland’s leading brand breaking its 30+ year record for sales and production.

Mackie’s of Scotland has reported a total of 3,647,534 litres of ice cream sold over the summer quarter – enough to fill almost one and a half Olympic-sized swimming pools.

With approximately 10 scoops per litre, Mackie’s summer sales equate to over 36 million scoops – or portions – or about 1.8 billion licks!

June, July and August were all record-breaking for the Aberdeenshire firm, with its staff working extra days to help to meet the high demand.

While temperatures rose around the country, fans of Mackie’s stocked up on the luxury ice cream – with its ‘Traditional’ flavour reported to still be the most popular.

Stuart Common, Commercial Director at Mackie’s of Scotland, said: “It’s great to report that we have just seen our most successful summer since we started producing ice cream back in 1986.

“The fantastic weather we experienced over the summer months definitely contributed to these results, with many reaching for a cool treat in the sunshine.

“Thankfully, our dedicated workforce was willing to put in the overtime to help meet this demand. After 30 years, the firm is still going from strength to strength.” 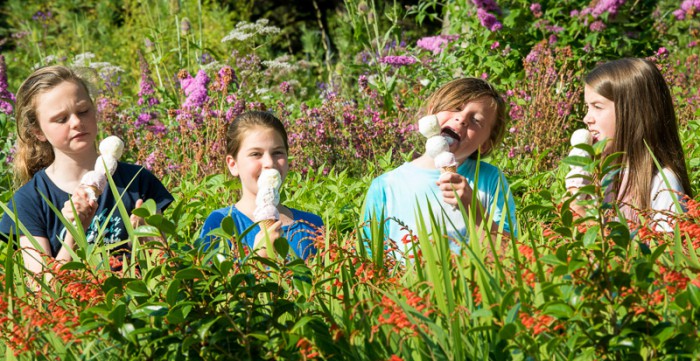 Mackie’s is not only enjoying sweet sales at home, but is expecting to see huge success in exports this year, particularly to the Asian market.

The ice cream is shipped in specialised 40-foot refrigerated containers to countries like Taiwan and Korea, with almost 20,000 tubs leaving the Mackie’s farm most weeks.

“Both Taiwan and Korea upped their orders significantly at the beginning of the summer, with our ‘Traditional’ flavour being most in demand.

“We couldn’t ask for better results – success both at home and overseas.”

From its beginnings in 1986, Mackie’s of Scotland produces luxury ice cream using fresh milk and cream from its own cows on the fourth-generation family farm in Westertown, Aberdeenshire.

In keeping with its ‘sky to scoop’ ethos, the firm also produces everything from renewable energy to its own packaging.

HOW COULD YOUR BUSINESS BENEFIT FROM THE STORY SPOTTING AND CONSUMER PR EXPERTISE OF OUR PUBLIC RELATIONS AGENCY?