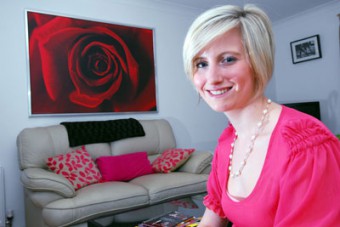 Suzanne, 22, joined Holyrood PR in September 2007 after a spell as a news reporter on the Aberdeen Evening Express.

Just a few months later she is one of five promising young PR professionals to be nominated for the CIPR Scotland Young Communicator Award, for her outstanding work promoting two very different clients.

Among her many successes since joining Holyrood, Suzanne chose to submit her work with the cage fighting promoters, Max Xtreme Fighting and her efforts on behalf of subsea firm, Rotech.

Despite both being recognised as traditionally difficult client areas, Suzanne helped both companies rack up extensive coverage.

Holyrood has already produced a Young Communicator winner, after former staffer David Connor picked up the title for 2005/06.

The award ceremony will take place at the Sheraton Grand Hotel in Edinburgh on November 20.