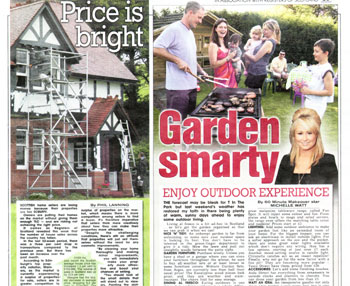 Edinburgh’s leading solicitor estate agent has received another major boost to its Scottish PR after being featured in a national newspaper.

Warners was extensively quoted in the property section of the Scottish Sun – the country’s biggest-selling daily newspaper – after revealing its latest analysis of the property market.

The firm highlighted how a surplus of properties on the market meant that sellers were now having to be more creative when it came to marketing their homes. Estate agency partner Scott Brown told the newspaper that, as competition was fierce among sellers of one and two bedroom flats, it was advisable to make the best cosmetic changes to these proeprties to maximise their chances of selling for a fair price.

The article in the Scottish Sun was secured thanks to the nexpertise of Holyrood PR, which provides successful PR in Scotland and social media services for Warners.