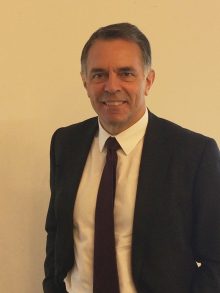 A FORMER Labour councillor has been publicly rebuked by the local government ethics watchdog after posting a discriminatory comment on a social media platform.

The comment was directed at both the Chairperson and an Anglican priest at Greyfriars Church, who appeared together in a photo.

In a comment posted using his council-issued mobile phone, Mr McAughtrie wrote: “Thankfully you two deviants were dealt the blow you deserve by the decent people of Dumfries.”

Mr McAughtrie’s case was heard on Tuesday (Feb 13) by a three-strong panel of the Standards Commission for Scotland (SCS), sitting at the Council Headquarters in Dumfries.

He was given the severe formal reprimand of a censure as his disrespectful behaviour and misuse of council facilities represented breaches of the Councillor’s Code of Conduct.

After considering all the evidence the panel made it clear that, had Mr McAughtrie still been councillor, he would have been suspended from his position.

Mr McAughtrie remained a councillor until the local government election in May 2017, when he failed to secure re-election.

As he is no longer a councillor, the only other sanction available to the Hearing Panel was disqualification. However, having noted the 30 years Mr McAughtrie served as councillor, and having also taken into consideration character references from associates and former colleagues, the Panel decided against disqualifying him.

A full written decision of the hearing will be issued within 14 days.

Mrs Tricia Stewart, Chair of the Hearing Panel, said: “Those in public life must take steps to ensure their behaviour does not open the door to intimidation and must uphold high ethical standards.

“The Hearing Panel considered the language used in the posting was wholly unacceptable and unjustified and understandable the complainer felt threatened by it.”

The SCS is a public body, independent of government, that promotes high standards of behaviour by councillors and those appointed to boards of devolved public bodies.

The Code of Conducts it promotes are based around nine key principles, including, integrity, honesty and respect.

It hears cases after a full investigation has been carried out by the Commissioner for Ethical Standards in Public Life in Scotland (CESPLS), who also outlined the case against Councillor McAughtrie. At all such hearings, the councillor, or their representatives, are given the opportunity to respond.

Cases are heard by three Members of the SCS who will then adjudicate. If a breach is found to have occurred, the panel also decide on the appropriate sanction, which sees a councillor either censured, suspended or disqualified.

As well as adjudicating on hearings, the SCS provides training, guidance and support to increase awareness of, and encourage adherence to, the Codes of Conduct. It covers all Scottish Local Authorities and public bodies, such as transport partnerships, as well as health boards and further education colleges.

The SCS also oversees the board members of organisations including NHS 24, Sport Scotland and Scottish Water. More information is available at www.standardscommissionscotland.org.uk.

Would you like to know more about our award winning Scottish PR agency?