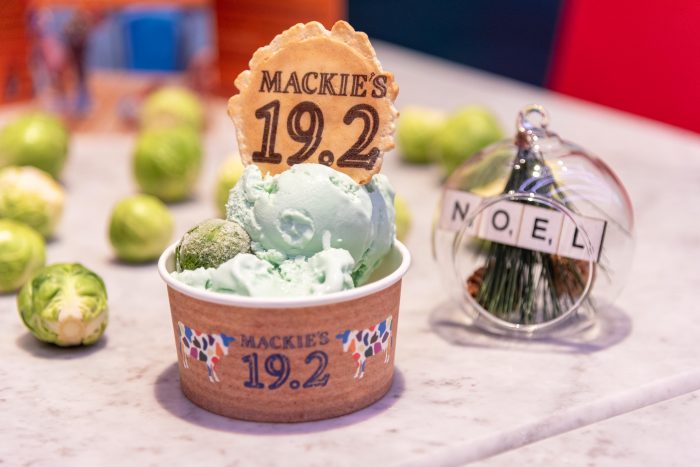 BRUSSELS sprouts ice cream is on the menu at a Scottish ice cream parlour in the lead up to Christmas.

Sprout lovers are being treated to the limited edition Minted Brussels Sprout ice cream at Mackie’s 19.2 in Aberdeen over the festive period.

Served with a full, frozen Brussels sprout on top of the scoop as a garnish, the latest addition to Mackie’s menu is sure to cause some divide among its North East clientele.

The debut veggie ice cream is cabbage green in colour and has been launched as part of the parlour’s festive December menu.

Pauline MacLeod, New Product Development Technologist, said: “We tried and tested a few different recipes before we developed this one – we tried cooked sprouts, raw sprouts and puréed sprouts.”

19.2’s controversial new flavour has been whipped up with a specially-made sprout flavouring, which has been created with real sprouts, and a peppermint oil. 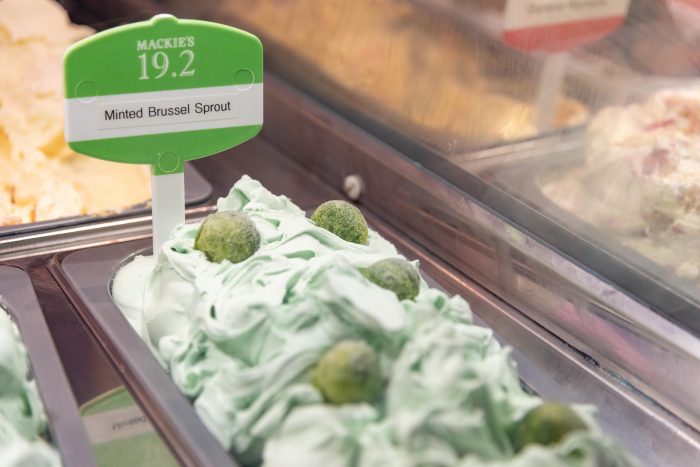 Pauline added: “The flavour is, as you’d expect, very sprout-y – but with mint through it. It’s a natural flavour and it has been made using real ingredients. We’re really happy with the end result.”

Yvette Harrison, Parlour Manager at 19.2, said: “It’s not quite one of your five a day but it’s the dream ice cream for brave sprout lovers. We’ve had some customers saying they think it would go really well with bacon!

We always try to get something on the menu that’s a bit more experimental – we love playing with flavour and we thought that for a one-off Christmas special, sprout ice cream would be a fun option.”

Also on the Christmas menu at the parlour this year are Gingerbread and Christmas Pudding ice creams.

Yvette added: “The Gingerbread and Christmas Pudding flavours are picked more frequently – but when we do get the more curious customers through the doors, it is great to see their reactions.”

The 19.2 parlour celebrated its first birthday earlier this month, having opened its doors in Aberdeen’s Marischal Square on 5th December last year.

Mackie’s 19.2 team is 12 strong, and all are on the real National Living Wage.

As well as a wide range of ice cream, 19.2 serves coffee from local Aberdeen-based Caber Coffee and features two centrepiece chocolate taps – one white and one milk – delivering Mackie’s own highest quality melted chocolate on demand for serving over its desserts.

Named 19.2, the parlour is located exactly 19.2 miles from the Mackie’s Westertown family farm, where it produces its renowned ice cream and chocolate ranges.

CAN OUR TEAM OF FOOD AND DRINK PR EXPERTS HELP YOUR BUSINESS?