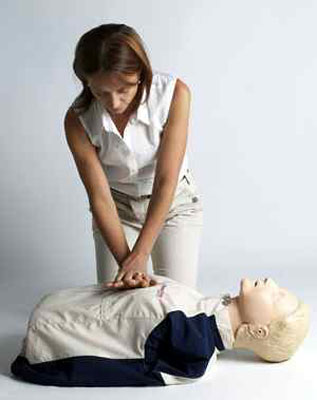 Space Solutions, Scotland’s leading workplace solutions experts, has been appointed to breathe new life into St. Andrews First Aid by assisting them with the design and major refurbishment of their headquarters in Glasgow.

The current building has been home to St. Andrews, Scotland’s dedicated First Aid charity, since it was opened by HM The Queen Mother in 1970.

The 20th century Category A listed building on Milton Street is an iconic building in Glasgow, featuring original details created by Berthold Lubetkin, the leading architect of the British modern movement.

The significance and nature of the building has meant Space Solutions’ design team has had to work closely with a number of agencies, particularly in securing planning permission and consent from Glasgow City Council’s Heritage Section, Planning Department and Historic Scotland.

Andy Geddes Senior Designer at Space Solutions said: “Our main challenge was to plan how to alter the spaces to better suit the client’s business needs whilst respecting the original architect’s intent and the character of the building.

“Although in some areas fairly extensive alterations are planned these have been designed with a ‘light touch’ in mind to ensure that, should the alterations ever need to be reversed in the future, there will be little or no trace that they were ever there.

“As part of the design process we have maintained a frequent and detailed dialogue with the council.”

The project – which has now commenced and is scheduled to be a six month on-site programme – will involve essential repairs to the building fabric together with the re-planning and refurbishment of all internal areas.  Some 25 to 30 staff members will be decanted for four months of the project’s duration.

Commenting on the appointment of Space Solutions, Stuart Callison, Chief Executive for St. Andrews First Aid said:  “We are delighted to be working alongside Space Solutions on this project and have been very impressed by their ideas for best use of this space as well as their consideration for the status of the building as a 20th Century Grade A listed premises.”

Established in 1882, St. Andrews First Aid has been providing First Aid training, event cover and volunteering opportunities for more than a century.

The organisation started as St. Andrew’s Ambulance Association, which was created by a number of doctors and businessmen in Glasgow, who were concerned with the increase in the number of people being injured in the rapidly expanding industrial city. First Aid classes were organised, stretcher stations were set up in chemist shops in central Glasgow and an ambulance was bought.

Over the coming years affiliated branches were formed and ambulance associations in other towns and cities began to join with St. Andrew’s.

Space Solutions is Scotland’s biggest independent expert in helping businesses manage changes within the workplace. It operates UK-wide – from bases in Aberdeen, Edinburgh, Glasgow, Dundee and Livingston – to design, build, fit out, refurbish and relocate modern and productive business environments.

Press release issued on behalf of Space Solutions by The Holyrood PR.