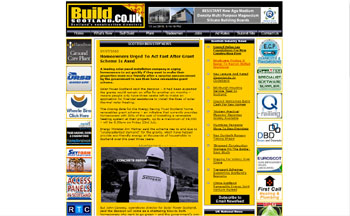 One of the country’s leading renewable energy system installers has been celebrating after receiving a welcome boost to its PR in Scotland.

Solar Power Scotland was featured in the construction news site Build Scotland, which reported on its condemntation over the recent axing of an important renewable energy grant.

The company has led criticism over the Scottish Government’s decision to scrap the Energy Saving Trust Scotland home renewables grant scheme, which provided homeowners with 30% of the cost of installing a renewable heating system in their home. The move means that homeowners now only have a few weeks to take advantage of the deal before it disappears forever.

The full coverage can be viewed on the Build Scotland website and was secured by Holyrood PR PR in Scotland.