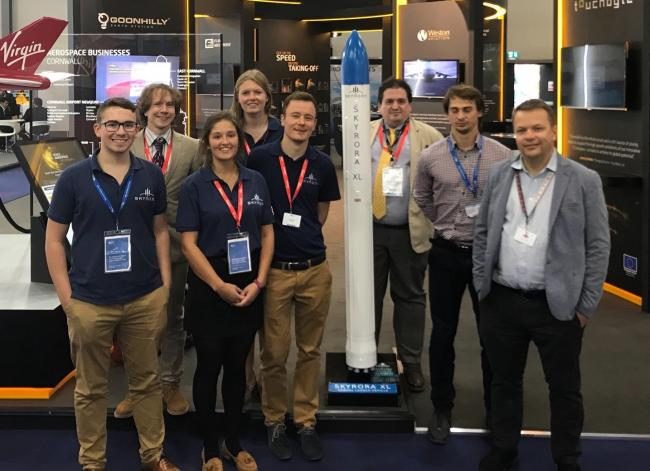 AN EDINBURGH-BASED space company has opened discussions with some of the world’s leading small satellite technology companies to ensure its rocket designs and timelines can match client requirements.

In order to future-proof the designs of its satellite launcher’s payload section, Skyrora is in discus-sion with the firms to determine their specific needs and to find out what new spacecraft will be ready for launch in the next three to five years.

Although an LOI is not a binding contract, it does move the Scottish space firm closer to Launch Ser-vice Agreements (the final green light to begin preparing for a launch) and means that it’ll be work-ing with these companies should plans from each party work out as planned.

Daniel Smith, Director of Business Development at Skyrora, said: “It’s a crucial time for our compa-ny just now, so it’s particularly gratifying to have the backing of these international satellite firms.

“We want to make certain that the designs of our launcher take into account the needs of future clients and therefore establishing an open dialogue early in the onboarding process is vital.

“With these LOIs we can plan ahead and ensure that our timelines for launch fit with those of the clients’.

“Scotland is more than ready for space flight and we want to be at the forefront of that. These conversations allow us to stay ahead in what is a fast-moving industry!”

Skyrora was established in Scotland during the summer of 2017 and aims to create orbital launch vehicles capable of taking satellites with a combined or individual weight of around 320 kilograms to 500 kilometres altitude.

It is aligned with the UK Government and UK Space Agency plans to launch rockets from a new spaceport in Scotland – bidding to become the adaptable and responsive UK-based provider.

Craig Clark, Founder of AAC Clyde Space stated, “The space industry has significant momentum in Scotland and is arguably the fastest growing region for space in the World at the moment. In par-ticular, Scotland is fast establishing itself as the go to place for small satellites, from design and build, through to launch and applications.

AC Clyde Space would be delighted to utilise the Skyrora launch services from Scotland and we wish them every success.”

The Skyrora XL vehicle is on track to become the first British rocket to launch into orbit – and draws parallels with the original UK orbital rocket, Black Arrow, through the proven combination of kero-sene and hydrogen peroxide as a fuel source.

The rapidly growing Edinburgh based team, aims to capture its share of the fast-growing small sat-ellite launch market and has already created two separate engines for testing at other locations this
year.