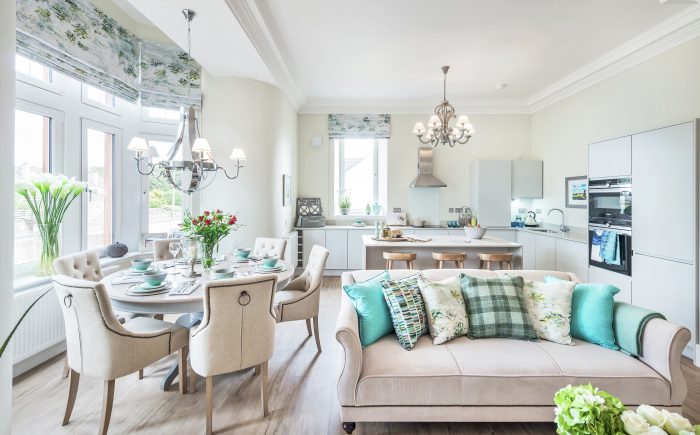 AN EAGERLY anticipated show apartment has been launched as part of the restoration of a locally renowned building that boasts a rich history.

Designed by the award-winning Joanne McDonald at Luma Interiors, the show apartment within the Gullane landmark, Henderson House, is part of the Marine Rise development by CALA Homes (East).

A relaxed, coastal feel to the apartment gives buyers the opportunity to envisage their dream home in this sought-after seaside setting.

Joanne said: “It was a real treat to be able to design this showhome as it really is something out of the ordinary.

“With the building’s impressive entrance staircase and vestibule, it would have been tempting to create something grand and imposing.

“Instead I wanted there to be a casual elegance – and to let the ornate cornicing, large bay windows and three and a half metre high ceilings speak for themselves.”

A subtle colour palette is used throughout the apartment – and takes direct inspiration from the coastal setting of Henderson House, just a short distance from the village’s award-winning Gullane Bents beach. 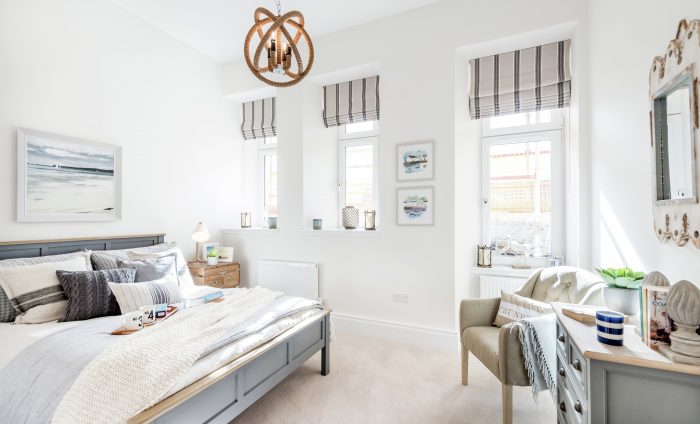 Joanne added: “I wanted this show apartment to be inclusive and appeal to the wide range of expected buyers; from downsizers, golf enthusiasts, couples and professionals – yet still have a strong character throughout.

“Hopefully it will help its visitors to envisage how they would live in this wonderful building.”

The apartments at Henderson House were officially launched recently by George Hope of Luffness, the great-grandson of Henry Hope of Luffness who first commissioned the creation of the building in 1899 as The Marine Hotel.

When complete, it will comprise 21 bespoke apartments ranging from one-bedroom apartments to three-bedroom duplex properties, all unique and individually designed.

Philip Hogg, Sales and Marketing Director at CALA Homes (East), said: “This is a beautiful apartment and Joanne has created exactly what we hoped for.

“I’d encourage anyone interested in seeing the apartment to do so – it truly helps to envisage how versatile the space is.

“We believe the unique heritage of the building and the fantastic coastal setting will be a huge draw for buyers – but they will also have the reassurance that their new home is totally bespoke.”

The building started life as the locally renowned Marine Hotel, bringing visitors to Gullane for holidays by the sea. 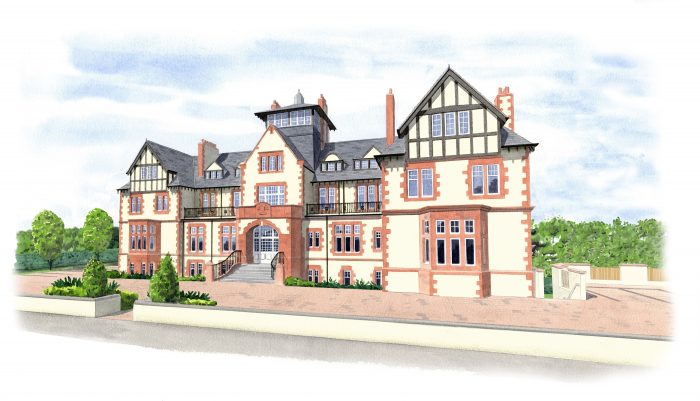 After being requisitioned by the army during World War Two – as a base for troops training for the D-Day landings – it subsequently became a UK base for the Polish Army, before returning to its intended role as a seaside hotel from 1945 until 1951.

In 1953 the building began a new chapter, with the Fire Service Research and Training Trust acquiring the building and its grounds where it took on the name of Henderson House, which then served as the main training centre for the Scottish Fire and Rescue Service until March 2015.

Turn to the present day, and Henderson House now features a range of apartments which uniquely combine Victorian period elegance with contemporary living.

Many of the original features have been retained in the refurbishment, such as the main façade, bay windows, grand central staircase and red natural stonework. The Hope family crest, carved above the main entrance has also been preserved.

The coastal village of Gullane has much to offer its residents, with award-winning beaches on the doorstep, a range of shops and eateries on the village’s main street, as well as world famous Championship golf courses within Gullane itself and along Scotland’s ‘Golf Coast Road’.

Those looking to explore further afield can enjoy a number of cafes, shops and restaurants in popular North Berwick – just a 10-minute drive away. While the capital is in easy reach by car, it is also just a 30-minute journey by train from nearby Drem station.

Are you looking to get in touch with our Property PR agency?

We’d love to help tell your story to the world in a way that boosts your business. If you’re interested in learning more, get in touch on 0131 561 2244 or by using the contact form below: