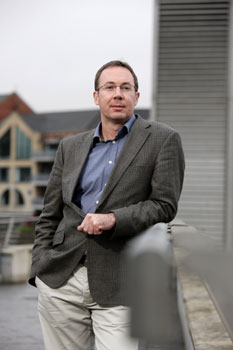 Scotland’s letting sector is shaping up for a solid recovery in 2010 as demand increases for rental properties, according to latest research by the country’s leading letting portal Citylets.

Landlords have seen the time to let (TTL) in Scotland – a key market indicator – come down significantly throughout 2009 which is set to spark a rise in rents.

The latest Citylets quarterly report, which covers the 4th quarter (Q4) October to December 2009, shows the average TTL was 37 days which is an encouraging improvement on Q1 48 days, Q2 45 days, and Q3 42 days.

The average monthly rental in Scotland is £630 which represents a small year-on-year decrease of 2.5%. This slight annual decline is less than the figure reported in the previous quarterly analysis (-3.5%) and in line with Citylets Q3 prediction that the market slide had bottomed out.

Dan Cookson, Citylets Market Analyst, said: “This shortening of average TTLs in recent months is indicative of a better balance between supply and demand in the rental market which if maintained is likely to lead to upward pressure on rental values in subsequent quarters in 2010.

“That is a boost to landlords and property investors.  Indeed, linked to the cheaper cost of mortgages and property, it could act as a trigger to spark life back into Scotland’s Buy to Let market.”

Thomas Ashdown, the entrepreneur behind Citylets Network which includes major partner brands such as s1homes and Primelocation, said the trend will be good news for landlords and letting agents who have been dealing with an unpredictable market for the past two years.

He said: “The continued tightening of TTL figures into the last quarter of 2009 suggesting a market recovery is fully consistent with the recorded volume of leads we have been delivering clients.

“In 2009 only Q4 outperformed the corresponding quarter of the previous year in terms of volumes of leads delivered, indicating that the gentle recovery which began last summer is still in play.

“I would be confident that this will be reflected in rental values in coming quarters this year, regaining some of the recent losses.

“If a landlord or their agent is using Citylets as part of their marketing mix then that’s a major box ticked – we have a combined annual audience of millions of Scottish property seekers.”

PR in Scotland for Rental Expert

According to the Q4 report, affordability issues for first time buyers caused by the increased deposit requirements is one reason the demand for 1 and 2 bed rental properties has continued into the fourth quarter of the year from the traditionally strong Q3.

This demand has not yet been reflected in major changes to monthly rental values: Edinburgh has remained almost constant with an increase Q3 to Q4 from £729 to £734 and Glasgow a slight drop from £584 to £571 though Aberdeen’s mix adjusted monthly rental has increased more significantly from £830 to £857 between Q3 and Q4

Properties in all three cities also took less time to let in Q4 2009 compared with earlier quarters of 2009.

TTL has come down dramatically in certain segments of the market. Edinburgh for example saw 1 bed properties take a week less to rent in Q4 than in Q3 (35 days to 28 days).  The same reduction in TTL was seen across all Edinburgh rental property (41 days to 34 days). Significant improvements in TTL were also seen in Glasgow which saw 1 bed properties taking 8 less days to let (40 days to 32 days) and 2 bed TTL drop 4 days (39 days to 35 days).

* A copy of the report is available online at www.citylets.co.uk/reports/