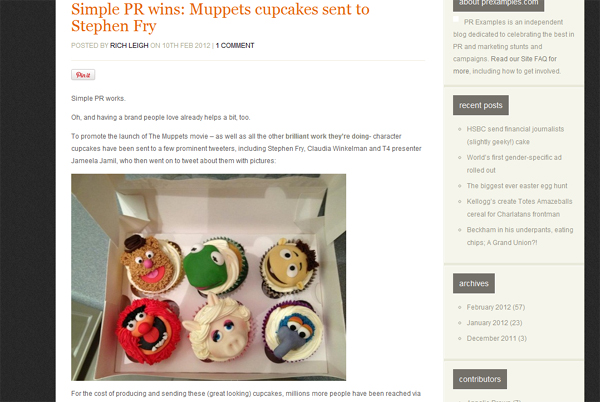 With another full week of Holyrood Five’s ahead, we want to know what ticks your box! Drop us a Tweet or Facebook post for a chance for it to feature in our blog.

If thought that some adverts today were provocative and outrageous then think again. These adverts from the past are nail bitingly close to the edge. Sexism and cigarettes feature heavily in these print campaigns two subjects that would not get the airtime today. ‘Men are better than Women’ is just one of the slogans used to sell products to the male sex. My particular favourite advert has to be the one for Hoover-  yeah because that’s every woman’s dream to wake up to a hoover on Christmas morning- sexist pigs!
http://www.dailymail.co.uk/news/article-2103400/Cocaine-toothache-The-outrageous-adverts-allowed-now.html

When surly teen Hannah Jordan, 15, wrote a foul-mouthed rant against her parents on Facebook, she set it to private, so that only her friends could be entertained by it. However, she reckoned without the righteous fury of gun-toting dad Tommy, who came across her musings while upgrading her laptop with $130-worth of software and extras.
With his cowboy hat and Marlboro cigarette, the goatee-bearded father sat down in a field to record his response. It is an explosively brilliant (albeit quite scary) piece of parental retribution for the digital age. Join the near 28 million people who have viewed his response – and be sure to watch the full eight minutes. Even when Hannah is no longer grounded, she’ll probably be too embarrassed to show her face on the internet again.
http://youtu.be/kl1ujzRidmU

We’ve all seen the trappings of fame in the form of a catastrophic fall from grace and then the emergency PR machine steps in to try and save the victims tarnished image. The latest piece of juice from the celeb world comes from Paul O’Grady who confessed that he quit his show because he couldn’t stand his coked up guests. Fortunately for them he didn’t spill any names but stated that many took a hit of the white powder before pouring on to plug their latest endorsement! Is it only a matter of time before names emerge and we see the desperate attempts to save their image begin!
http://www.huffingtonpost.co.uk/2012/02/18/paul-ogrady-guests-coke_n_1286204.html?ref=mostpopular

TWEETS FROM THE FRONTLINE (Laura)

A diary of a Scots soldier who fought in the Second World War has found a new lease of life after being picked up by his grandson and tweeted. The twitter account @driverross tweets an excerpt from Ross Selkirk Taylor’s dairy everyday and has so far attracted thousands of followers. The diary covers the period of January 1 to December 30 1940 and covers Ross’ deployment to France as well as his eventual imprisonment and torture by Nazi forces and over 4,000 followers have signed up to the tweets which capture the private thoughts of a young soldier. His grandson Chris Ayres who set up the account says that the tweets didn’t really need to be edited as the entries original form were short enough. It’s a fantastic use of social media and a poignant tribute to a forgotten hero.
http://www.deadlinenews.co.uk/2012/02/19/thousands-follow-the-front-line-tweets-of-a-world-war-ii-scots-soldier/

TEN TOO MANY (Aimee)

This drunken fiend should give you a laugh this morning! I’ve seen some shocking drunken videos but this is an absolute beast! I’m assuming from his get-up that he’s had far too many at an after work doo and after spectacularly failing to climb down a set of stairs reckon he’s lucky to be alive! TAXI!!!
http://www.youtube.com/watch?v=jcEOEglfnV8&feature=youtu.be