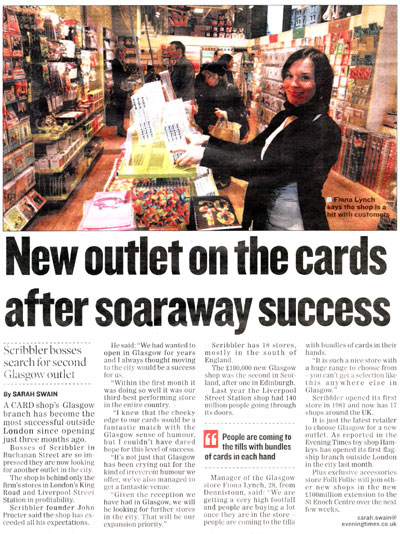 A Scottish newspaper has told how Scribbler Glasgow has ranked as the retail giant’s third best performing store in the UK just months after opening its doors.

The article ran in the Evening Times under the headline “New outlet on the cards after soaraway success”.

Scribbler owner John Procter was quoted in the article as saying “Within the first month it was doing so well it was our third-best performing store in the entire country”.

The article also reported that John Procter was keen to open a second store in the city following on from the first outlet’s success.

The Holyrood PR delivers PR in Scotland for Scribbler.