Campaign group Scothedge has seen its campaign for a high hedge law change win a significant boost after being featured on one of the UK’s most influential news programmes.

The group delivered copies of its new policy document, A Growing Problem, to the Holyrood Parliament on October 7 as part of an awareness-raising campaign.

That caught the attention of Radio 5 Live and one of the group members, Pam McDougall, was invited to appear on the stations 5 Live Drive new show, whch reaches millions of people across the country during the afternoon rush hour.

During a lengthy interview by veteran presenter Peter Allen, Pam was able to explain how Scots whose homes and gardens are blighted by high tress and hedges have no legal protection – unlike those in England, Wales and Ireland.

She also outlined how Scothedge members staged their handover at Holyrood to raise awareness of the Scottish Government’s public consultation on high hedge disputes, which runs until mid November.

Scothedge hope as many people as possible will contribute to the consultation exercise, by backing thier calls for improved legislation.

To help highlights its campain, Scothedge brought in Scottish public relations experts from Holyrood PR, PR in Edinburgh. Coverage on the BBC was part of the wide media success delivered as a result. 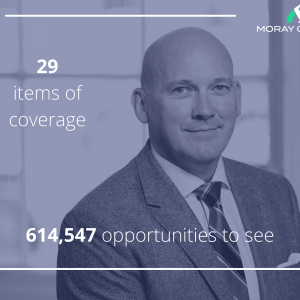