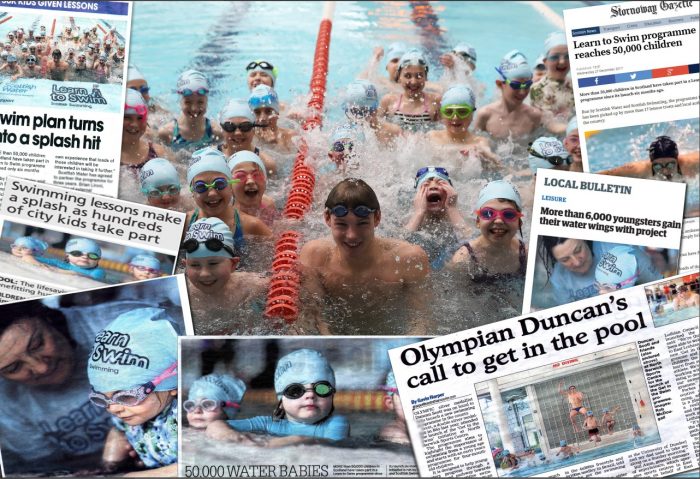 MORE than 50,000 Scottish children are already benefitting from potentially lifesaving swimming lessons thanks to the partnership between Scottish Water and Scottish Swimming.

The innovative Learn to Swim programme – part of Scottish Swimming’s National Framework for Swimming in Scotland – aims to reach more than 100,000 youngsters across the country, with more than 17 Leisure Trusts and Local Authorities having adopted the programme.

With Olympic pool hero Duncan Scott as the ambassador of the three-year partnership, the campaign has already racked up an impressive amount of media attention.

Highlights of our campaign included:

– UK-wide coverage in i newspaper

– Key cuttings in national papers including Daily Record, Herald and The Scotsman

– Coverage in Scotland’s top provincial titles, The Press and Journal and The Courier

– Excellent local coverage in a further seven titles, including the Evening Times and the Stornoway Gazette

The campaign has secured prime media coverage for our client Scottish Water, with spots on radio and in local and national titles. You can read the original press release here.

If you’d like to learn how our storytelling skills could help your business, simply get in touch on 0131 561 2244 or by using the handy form below:
Contact Form