A SCORCHING summer and increased exports has helped a leading Scottish food brand to achieve record revenues and profits from ice cream sales in 2018.

Mackie’s of Scotland has reported a record annual turnover of £13.9 million and gross profit exceeding £1.3 million for the financial year ending May 2018.

The company’s turnover was up 13% on the previous year thanks in part to boosted ice cream sales in supermarkets across the UK, increasing sales in the Far East, the addition of a range of chocolate bars and revenue from production of renewable energy on the Mackie’s farm.

Meanwhile its export sales to markets in the Far East soared by 182% to £1.1 million – now contributing 8% to Mackie’s total turnover thanks to continuing demand for Mackie’s ice cream and the additional export of Mackie’s chocolate.

The company’s net assets were up by 11% and operating profit continued to rise, standing at £1.3 million, with profits reinvested into the company, extending production with items like a new packaging machine in addition to investment in the Aberdeen ice cream parlour.

Overall costs increased by 22% on the previous year, due in part to the continued high price of cream. Although its own 330-strong cow herd helps to buffer the impact of rising cream prices, during peak times in particular, the firm is required to buy extra cream at market prices.

The brand has further developed with success of Mackie’s 19.2 parlour – its first retail venture – with sales increasing monthly over the summer period, creating a popular new venue in Marishcal Square, Aberdeen and creation of a range of hand made special flavours for food service.

Mac Mackie, Managing Director at Mackie’s and one of three sibling owners, said: “The parlour provides a touch point with consumers in our local city and a great opportunity for feedback on potential new retail products.

“2018 was certainly a significant year for Mackie’s, with substantial growth in our export trade as well as developments closer to home. Our current financial year has started well with the hot summer months with growth continuing into 2019.”

The company produce over 70% of the energy required for the business and renewable energy generation on its Aberdeenshire farm contributed £1.1 million to turnover of the business in 2018.

Mac added: “Over the last five years, Mackie’s have invested a further £3.9 million in solar panels and a wind turbine.

“We are continuing with further investments on the site to make the ice cream production more energy efficient and to help our advances to become 100% self-sufficient in renewable energy by 2020.

“We’re proud that the majority of our power is now generated on site, helping us to offset more carbon that we produce.” 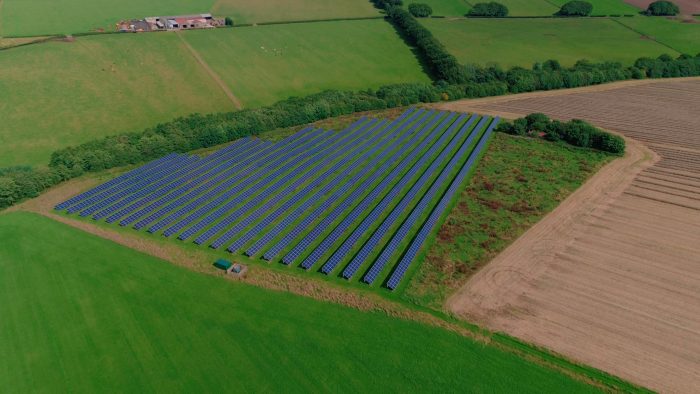 Mackie’s also made further developments with its chocolate, improving packaging as well as introducing a smaller 35g bar for which it hopes to secure major listings in 2019.

Its commitment to product improvement is already proving to be a lucrative move for the company as both UK and overseas markets have seen a growth in sales and store listings since the year end.

Chocolate production continues to be a key avenue for Mackie’s, with four flavours of chocolate produced at the Aberdeenshire farm in a state-of-the-art factory on the site of a former tractor shed.

Mackie’s are a Real Living Wage employer with 78 staff – the majority of whom working in production of ice cream. Mackie’s are currently recruiting for further production staff to manage the continued increase in volume.

Mackie’s ‘sky to scoop’ ethos sees it create everything, from its dairy products from the herd to its packaging, on site. The fourth generation family farm started producing ice cream in 1986.

HOW COULD YOUR BUSINESS BENEFIT FROM THE  FOOD AND DRINK PR EXPERTISE OF OUR PUBLIC RELATIONS AGENCY?